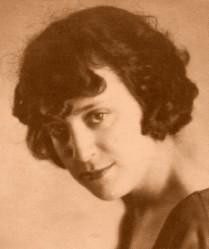 Lola Anglada was born in Barcelona in 1893. Her early literary works were for children. As an illustrator, she was a disciple of Joan Llaverias and she worked with a number of children’s magazines, for example En Jordi, En Patufet, La Nuri and La Mainada. Before the civil war Lola Anglada published books of stories illustrated by herself and these were very popular. Among these books are Monsenyor Llandardaix, (Monsignor Llandardaix) and En Peret i Margarida (Peret and Margarida).

After the war she continued to write and illustrate books like En Martinet (Little Martin), La Barcelona dels nostres avis (The Barcelona of our Grandparents) and La meva casa i el meu jardí (My House and My Garden). She also accumulated an impressive collection of dolls, which can now be seen in the Romantic Museum in Sitges. Lola Anglada died in Tiana in 1984.