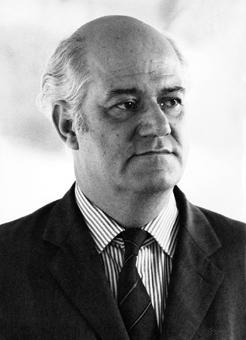 He worked constantly at his task of describing, interpreting, evaluating and making known the monuments of our country, both the great works of the past and those of more recent and previously-unknown artists. He was one of the first to recognise and make people aware of the importance of Catalan Modernism, which had been undervalued until not many decades ago, and also to analyse and make widely known the work of avant-garde painters like Picasso, Miró and Tàpies. In brief, he worked hard to offer a whole morphology of Catalan art, while also making a further considerable contribution in defining the characteristic features of our architecture.

His promotional books and his critical studies in the domain of art in reviews like Serra d'Or reached a wide-ranging and numerous audience of people who had not previously known about their country’s treasures. Also notable is his work as a memoirs writer, and sociologist of culture, with four volumes published in the 1970s.

He was a member of Associació d'Escriptors en Llengua Catalana (Association of Catalan Language Writers, AELC).