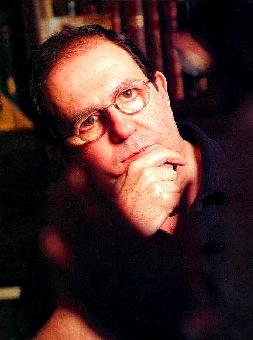 Jordi Llovet (Barcelona, 1947) is a literary critic, philosopher, translator essayist and Professor of Theory of Literature and Comparative Literature at the University of Barcelona.

He obtained an Arts degree from the University of Barcelona, took doctoral courses in several European universities (Frankfurt, Paris, Berlin …) and, on his return to Barcelona, completed his doctorate (1975) after which he began teaching at the same university. He now combines teaching with institutional and publishing commitments. He is a founder-member of the Col·legi de Filosofia (College of Philosophy), of which he was president from 1984 to 1989. Since the foundation of the Institut d'Humanitats (Humanities Institute) in 1987 he has been director of the Literature Section and he is also director of the Society of Literary Studies. Also noteworthy is his work as director of the Spanish edition of the Obra Completa (Complete Works) of Franz Kafka (1996) on the basis of the Fischer Verlag (Frankfurt) critical edition.

His essay Por una estética egoísta (For a Selfish Aesthetics, 1978) was awarded the 6th Anagrama Prize for the Essay. Outstanding, too, is the cycle of his lectures El sentit i la forma. Assaigs d'Estètica (Sense and Form. Essays on Aesthetics, 1990), along with different works he has written in collaboration with other authors as a result of the activities of the Col·legi de Filosofia, for example De l'amor, el desig i altres passions (On Love, Desire and Other Passions, 1980) or Frontera i perill (Frontier and Danger, 1987). The prolific writing career of Jordi Llovet is also distinguished by the enormous number of articles on literary criticism and prologues he has published and the many translations he has done. Following his first translation into Catalan (with the title La transformació) of Franz Kafka's Metamorphosis in 1978, he has brought numerous classics to Catalan readers, especially works in French and German of authors such as Rilke, Mann, Hölderlin, Flaubert and Baudelaire, inter alia.