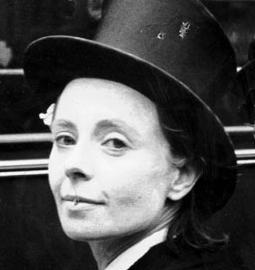 Helena Valentí (Barcelona 1940-1990) was a novelist who wrote intense fictional works and also a translator who introduced many works of twentieth-century Anglo-Saxon women writers into Catalonia. She wrote her books in the 1970s and 1980s, after abandoning the university studies she had begun in Great Britain. Feminism and the Anglo-Saxon world are the two great influences in her personal and literary worlds. Among the writers who most influenced her are Virginia Woolf, Katherine Mansfield and Doris Lessing while, in the Catalan tradition, she considered herself as being indebted to Caterina Albert (Víctor Català) and Rosa Leveroni.

A transgressor of independent mind, Valentí still remains an outsider. The fringes and zones where society’s inherited burden begins to dissipate are the territories she conquered and those from which she writes. In her novels she reflects on women's quest for a different world. These books form a closed cycle consisting of L'amor adult (Adult Love, 1977), La solitud d'Anna (The Solitude of Anna, 1981), La dona errant (The Errant Woman, 1986) and her posthumous novel D'esquena al mar (With Back to the Sea, 1991).

Prominent in her work is an inclination towards the Anglo-Saxon style of dirty realism, which was most unusual in Catalan writing of the time, in particular when combined with her willingness of take unprecedented literary and life-style paths. The image of the tight-rope walker has therefore been suggested as characterising her writing, which shifts between tension, risk, novelty and the broad horizons of one who walks the rope.