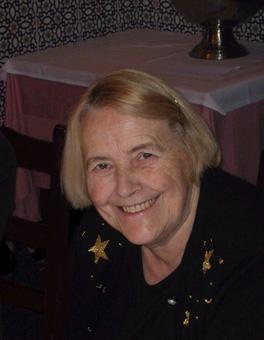 Núria Albó (La Garriga, 1930) is a poet and novelist. Since she was llittle she has had a strong interest in reading thanks to the dedication of her mother, who had to be her teacher during the war years. From these early readings was born a great love for literature. Like other Catalan writers of her generation, she won her first award in the Cantongròs contest in 1958 with the story Perquè veuran Déu (Because They Will See God). Later she wrote poetry: La mà pel front (Hand by the Forehead – 1961), Díptic (Diptych – 1972) and L’encenedor verd (The Green Lighter – 1980). It was with the decade of the 1980s that her epoch as a storyteller began in ernest. Novels like Fes-te repicar (Make Yourself Ring – 1979), Agapi mou (Agapi Moves – 1980), Descencís (Disenchantment – also in 1980) and Quan xiula el tren (When the Train Whistles – 1997) were hailed by critics and readers for their sensitivity and the precision of their language. Such authorities as Maria Àngels Anglada or Josep Faulí right away recognized the appearance of the new novelist.

She dedicated herself to teaching for many years until she won the municipal elections of La Garriga. Her career as mayor lasted eight years. Afterward she was the provincial representative and wrote some essays, like Les dones i la política (Women and Politics – 1989). Moreover, she has dedicated herself to another of her passions: music, an art that she says has always given her the most satisfaction. Outstanding among these works are Cantates (Cantatas), which were set to music by Antoni Ros-Marbà and Manuel Oltra, along with others.