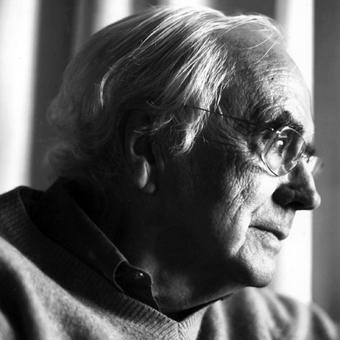 Josep Maria Espinàs (Barcelona, 1927) is a versatile writer with a wide and faithful public. His literary work, with nearly eighty published books, includes novels, travel chronicles, memoirs, civic interest books, reports and the large amount of journalistic articles published for over 20 years in the newspapers Avui and El Periódico.

During Franco dictatorship, he was one of the promoters of the Nova Cançó movement and one of the founders of the band Els Setze Jutges. In 1990 he begun publishing his complete work with the editorial La Campana, of which he is a co-founder. Some of his work has been translated into Basque, Czech, Dutch, English, German, Hebrew, Italian, Japanese, Portuguese and Spanish.

His achievements have been recognized throughout his career with awards such as the "Joanot Martorell" (1953) for his first novel Com ganivets o flames (1954), the "Víctor Català" (1958) for Varietés (1959), the "Premi Nacional de Cultura" (1995) for his work in journalism, and the "Lletra d'Or" (2006) for the traveler's book A peu per Mallorca (2005). In 2002, on his 75th birthday, he was honored with the "Premi d'Honor de les Lletres Catalanes" and the "Medalla d'Or de la Ciutat de Barcelona", in recognition of his whole career.