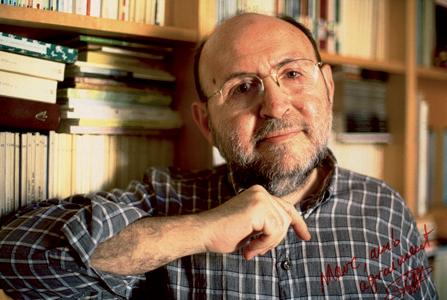 Marc Granell (Valencia, 1953) is a poet and translator. He studied Philosophy and Philology and was an active participant in the cultural and literary movement that arose in Valencia in the 1970s. With other writers of his generation he founded the review Cairell, which represented a point of departure for the new voices that were appearing in the literary panorama of the time. Granell, besides writing and publishing poetry in the 1970s and 1980s, was also responsible for the appearance of new collections that led to the discovery of new and valuable writers.

His first books appeared at the end of the 1970s when he was awarded the Vicent Andrés Estellés Prize for his Llarg camí llarg (1977) and when he published Notícia de la tribu (1978), Refugi Absent (1979) and Materials per a una mort meditada (1979), which received the Ausiàs March Prize of Gandia. His poems also appeared in anthologies published at the time, for example La nova poesia catalana, edited by Joaquín Marco and Jaume Pont.

He has also been working intensively in the project of introducing appropriate poetry to children, focusing on friendship and other humanistic values, with titles such as L'illa amb llunes (1993), La lluna que riu (1999), Oda als peus (2008) and La vida que creix (2015), awarded the Premi de la Crítica dels Escriptors Valencians, Among others.

Granell has been responsible for many collections of poetry, for example “Gregal Poesia”, which was a turning point in poetry publication in the Valencia Region. His work has been translated into several languages and he has also translated other European writers.