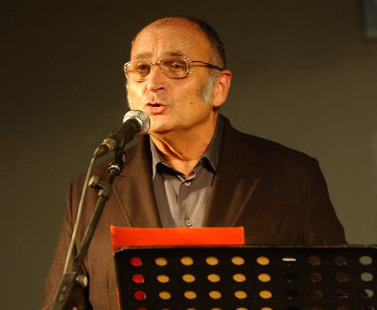 The traumatisation of my ego by this organisation we call family had already begun in my mother’s belly. No, that’s not true: it was a long time before that, when the fecundated ovum clung with ferocious violence to the uterine mucous that boiled with veins and roots. No, that’s not true: it was a very long time before that, when a lowly spermatozoon advanced, wriggling its tremulous tail, towards the confines of the Fallopian tubes in search of an ovum until, by dint of physiological attraction, it stuck its head into the round volume. No, that's not true: the traumatisation began with me long, long before that. When you started courting, the day you met, when my name didn't even figure in the unfathomed project.

The adolescent's mother reads aloud the dedication on the first page of the chapbook:

TO ALL THOSE WHO STRUGGLE (BABIES, BOYS, GIRLS, PROLETARIANS, WOMEN, OLD PEOPLE, GAYS, BLACKS, STUDENTS, ETC., ETC.) TO EXPRESS THEIR DESIRES FREELY, TO LIBERATE THEMSELVES FROM OPPRESSION (FAMILY, ECONOMIC, SEXUAL, NATIONAL, SOCIAL, STATE, RELIGIOUS, LEGAL STATUS, ETC., ETC.), IN ORDER TO ENJOY PLEASURE HERE AND NOW AND ALL AT ONCE.

Mother died yesterday.
I have written these few words like an automaton. Was it yesterday evening?
When does yesterday begin?
When does the evening end?
I need to write these words many times in calligraphic script in order to recognise that they are expressing a real fact.

I've gone to get the boat just before sunrise. I just said to my lady-grandmother, "I'm going to Green Cove. I can't stand it any more". Her eyes were so blue, very watery and shiny. "You have to be back by midday. You know that", she said as I kissed her left cheek and lightly pinched her right one.

The spiral-columned bed of my lady-grandmother Senyora Maria Ignàsia, with its red damask canopy, is an altar. It belonged to one of my ancestors who was a canon. When I was small, my lady-grandmother told me that this saintly man liked to sleep with seven mattresses. Now, seeing her lying up there, in the middle of the Solomonic columns, she's made me think of the catafalque of the Mother of God after her death in August. Mother is dead. Mother dead. I couldn't get these two words out of my brain when I was undoing the mooring rope, getting the little outboard started and heading out to sea following the rocks of the shoreline of Son Maraldí."

The whole thing was over the top.

Nightfall sank through the pine-tops, soaking through the dusky pink of the heather where the two figures of men went at it in positions and balancing acts of an extreme fragility. Now I'm going to suck both your balls right into my gullet and, without missing a beat, he fused words and scrotum together between his teeth.

To write a foreign tongue with the words of the tribe.

MARGALIDA, MY LITERATURE TEACHER, told me loud and clear, "Andreu, you're a first-rate student but you're a bit weird. That's neither a good thing nor a bad thing. Probably it's good. But since I can see you're so crazy about doing this research into the works of Manuel Boldú i Montaner, I want to draw your attention to the difficulties you'll have with this writer. There's no biography and no records on him. There's hardly anything that's been published outright. It's all poems, bits and pieces of novels, articles and texts that are lost in newspapers and magazines, and the odd generalist essay. It's a lot of work. It might be easier if you looked at a better-known writer." I'm sure Margalida was worried when she saw that I was doing something that I was going to find too hard, running after a ghost, a writer without an ouvre. And that her fear didn't arise from the fact that the main catalyst of my research was precisely the darkness, mists and mystery that shrouded his name and the two lineages. All the information concerning Manuel Boldú was imprecise and contradictory. Some critics spoke of him as if he was a writer without books. He was the son of a Catalan banker who, in the 1920s, fell in love with a woman from an aristocratic Mallorcan family with whom he had two children: Manuel and Elisenda. They lived in a villa in El Terreno and the children never went to school. They were educated by private tutors under the supervision of their mother, Donya Dionísia, who was deemed to be one of the most beautiful and elegant women in Mallorca. Some commentators compared her with Louise de Vilmorin. In the drawing rooms of the Vil·la Nausica gathered the leading lights of intellectual life in Palma (writers, doctors, painters, scientists), an avant-garde representation from the colony of foreigners, and illustrious visitors (Count Keyserling, D. H. Lawrence and Gertude Stein were three of the most famous among them). In the 1930s, Manuel participated in the Jocs Florals literary competition in Barcelona and, in 1936, he suddenly became a Falangist, and it is said that he was court adviser to Count Rossi and a leader of the "Death Dragoons". He disappeared in the Battle of Portocristo and his body was never found. Only fragments of an autobiographical work were known: Me Mòria, in which he revealed his incestuous relationship with his sister. I went to Vil·la Nausica. It was surrounded by an ivy-covered wall over which, like a constellation of lilac-blue clouds, rose the crowns of a forest of jacarandas, phosphorescent against the light. I tugged at the bell pull. I'd spoken by phone with Donya Elisenda's companion, who'd given me an appointment around dusk that afternoon. The old lady who opened the door told me that Donya Elisenda was ill and had written me a note. Very courteously, she informed me that it was impossible for her to receive me but that she was giving me a copy of her brother's last text. It was the end of Me Mòria: "I am in a huge, dark chamber; I labour day after day to fill it with vipers and other snakes. When I come to the room, the snakes become drowsy and pile up on top of each other so that they let me get into bed above them without biting me or hurting me in the least. This situation has gone on so long that I'm used to it and I'm not at all afraid of the ophidian heap but then, when I least expect it, the bedroom windows fly open and let in the light of day. As if thrust forth by some solar mechanism, all the snakes wake up at once and throw themselves upon me, destroying me, not a single one of them sparing me its venom. However terrible this image is, it is only a pale intimation of what humans normally do, and what happens to them on the day of their death." I read this fragment and looked again at the jacarandas against the light: they were extraordinarily beautiful, trembling, violet-hued clouds in a violet sky.