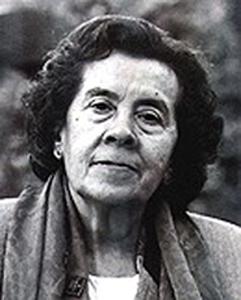 After the days of being locked in the cell, the pallet seemed almost soft. His fellow prisoners, more or less lice-infested, as he was, were a warm, familiar support.

This time they woke him. He mustn't go back to sleep! Nobody would save him then from the dreadful punishments, and the look on the face of doctor Rascher boded nothing good. Although still suffering from the effects of the blows, he'd slept through the night and, thanks to the company maybe, without nightmares. The "secretary" of their tumbledown barracks dragged him out of another world. In the dream, he was in his workshop, which was neat as a pin, working on a viola amid the well-known and agreeable smells of wood, glues and varnishes – not the stink of the barracks. Upstairs, his mother was singing softly as she prepared dinner, which also smelt delicious. It was all delectable sensations: the sun golden in the woods, drawing from them warm sunset reflections, old-gold tinged with red and, curiously enough, even blue. In contrast with these tones, his collection of luthier's knives shone with the cold glint of their steel.

All the as-yet unworked pieces, cut for future instruments, showed off the patterns of their grains, aromatic as the air circulated around them, slowly drying them out with the help of its brother, time. He had learned from his father never to use wood that had not been cut at least five years before. Good mountain spruce and maple, from trees where birds had nested. Where the wind had sung – as the bow would do later. In his dream, every piece, every instrument shone like jewels and that's what they were in fact, the modest jewels in his craftsman's crown. In his dream, he was engaged in one of the most delicate parts of his trade: setting in place, inside the viola, the sound post, the "soul" as the Italians called it, the small dowel of fine, densely grained spruce, directly underneath the treble foot of the bridge. But what was happening? His hands were sweating, the "soul" slid out of place, slipped away too soon! It was too short, useless. He’d have to start all over again. But the viola was starting to melt, to melt away …

The hands that were shaking him woke him up at this point in his dream. The viola had been left without its soul. This was surely a bad omen.

Yet the dream was not to blame. He didn't have to look far for ill omens. There was one right there in front of his nose. The omen was the dawn itself. The dawn of another day in Gehenna, in the Camp of the Three Rivers.

A dark dawn, harbinger of a day of vacillating greyish light, an old blanket thrown over a bed worn with suffering. No nightmare, he thought, could be worse than the cruelty that surrounded them, that penetrated them, as inescapable as the air they breathed. They were helpless before it, defenceless as new-born babes. He felt as if everyone, even Yahweh, had abandoned them, had let them fall into the hands of a hatred that was beyond his comprehension. He had heard his father speaking of bygone exiles and pogroms in his grandparents' time but, if anything, his childhood and adolescence had been serene and they'd celebrated his bar mitzvah with a joyful party, just as they'd done for his older brother, and only his father's falling sick and dying had disrupted that peace. Perhaps that was why the storm had broken over them, catching them so unawares, the menacing signs, the blackening clouds passing him by unnoticed because he was immersed in the craft that he loved, as if they weren't heading for his people. In the early days of the tyranny, he'd put on the yellow star of David without it occurring to him that this was the mark of death, like the pines that were painted for the axe, and he hadn't properly woken up to the brutal new reality until the terrible day when they ransacked his studio – and, not far away, burned down the old neighbourhood synagogue where, as a child, he had felt so secure snuggled into the cloth of the long tallit worn by his father, who often took him along to the different festivities. Since then, he thought, every day had become a step that dragged them deeper and deeper into the swampy waters that would end up engulfing them all.

It was the second day back at work after returning from the cell and it seemed longer than the first although he didn't know why. He realised that his heart was being invaded by weakness, a fatalism that bordered on despair. He knew the signs: he had seen his Lager companions falling ill, letting themselves drift off to death, and now they lay buried in the surrounding hills. He was younger, though, and tried to give himself courage. He would struggle for a while. He was very tired when he reached the barracks, not wanting to talk, thinking only about lying down. Later, the men who worked outside and in the quarry came back, exhausted too.

There was a surprise, however, a sign faintly tinged with hope. Some new slave-workers had arrived to make up for the losses. One of the newcomers, who was allotted the pallet next to his, was a mechanic from his street, almost a friend. Daniel saw in his eyes the surprise and pity at seeing him so thin, so gaunt. They embraced weeping – physical weakness made tears fall more readily. But it was not long before the luthier, for the first time since he'd arrived in the Camp of the Three Rivers, felt something akin to happiness. Eva was alive, his neighbour told him, and more or less all right. He'd seen her while doing some repair work in Tisch's military uniform factory: the paradise they whispered about in the camp. Yes, Eva was eating good slices of rye bread every day, thanks to the surprising goodness of the industrialist who bought it for the workers out of his own pocket. And often a coat of margarine – or even butter! – glistened on the bread.

They talked on, murmuring into the darkness of the night. His friend gave him more details, trying not to cause him too much distress. Previously she’d been in another camp, that of the terrible name. He didn't know what she'd gone through, but she’d survived and she wasn't far away.