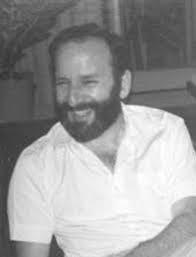 Guillem Cabrer (Palma, 1944-1990) was a poet, novelist, playwright, and language and literature teacher. He studied in the Palma seminary, which he left in 1969 and, after some years in Rome where he obtained a degree in Philosophy, he settled in Badalona and taught Catalan. In 1979 he returned to the city of his birth where he worked as a lecturer in Catalan Language and Literature at the University of the Balearic Islands, combining this with his own writing.

Besides his poetry, which is brought together and published in the volume Poesia Completa (2000), he is also a well-recognised fiction writer and, in particular, for his novel Merlot (1977). As a playwright, he adapted Mallorcan stories for the stage as well as writing his own works, most of them prize-winning. His play Monòlegs (1981) is outstanding for its dramatic power. He also directed and brought to the stage works by other authors.