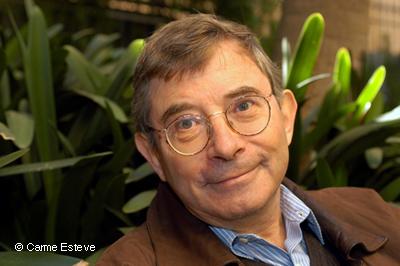 Josep Albanell was born in Vic (Osona) on Christmas Day 1945. He lived in Seu d’Urgell (Alt Urgell) during his childhood and adolescence. He feels himself a son of both communities, of Vic by birth and family tradition and of Urgell by adoption and devotion. These days he lives in Barcelona. He began journalism studies in Madrid but left them for a degree in Philosophy and Letters (philology), which he received from the University of Barcelona. For many years he worked in publishing. With the pseudonym of Joles Sennell he writes literature for boys and girls. He was one of the originators of Ofèlia Dracs. Between books of short stories, novels, children’s literature and theater, he has written a decent handful of works, some of which won him prizes. He is married with two children, Maria and Francesc, for which he has not been awarded any prize.