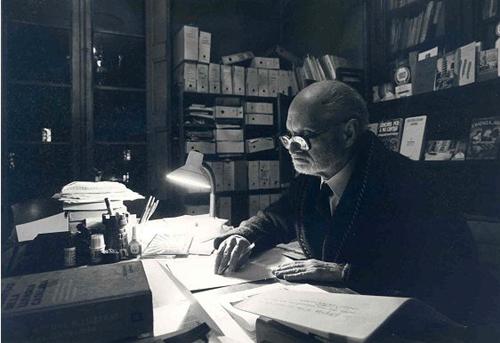 A singular and key personality working to protect Catalan culture and literature in the years following the Civil War, he is most especially recognised for the publishing house which, bearing his name, managed to remain viable mainly due to the calendars and diaries it produced. Arimany wrote and published a large number of dictionaries and other works for learning Catalan and also managed to produce for forty years the cultural and literary review El Pont, which published work by many leading intellectuals of the time (among many others, Joaquim Molas, Ramon Manent, Pere Calders, Joan Fuster and Mercè Rodoreda).

Always attentive to other writers, especially the youngest among them, Arimany also kept writing himself. In 1985 he achieved recognition as a poet –something he had, perhaps, never had before– with his volume Poesia 1938-83 (Poetry 1938 – 83), which contains the ten collections of poems he had previously written, notable among them D'aire i de foc (On Air and Fire), which he had published in 1959, and his ambitious Poema de Crist (Poem of Christ), which he spent fifty years writing. A versatile writer, he also wrote the novel Eduard (1955), the play El comte Arnau (Count Arnau, 1968) and the literary essays Símbol vivent: biografia de Rafael Tasis (Living Symbol: A Biography of Rafael Tasis, 1967) and L'avantguardisme en la poesia catalana actual (The Avant-garde Legacy in Catalan Poetry Today, 1972), among many other works.

His cultural activism, exemplified by his work with the Arimany publishing house, led him to give his support to a range of cultural associations including the Ateneu Barcelonès (Barcelona Athenaeum) and the Associació d'Escriptors en Llengua Catalana (AELC, Association of Catalan Language Writers).