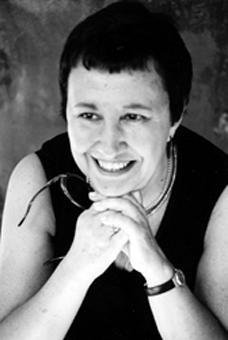 Carme Arnau i Faidella (Barcelona, 1944) is an essayist and university teacher. She studied Arts at the University of Barcelona and obtained a doctorate in Catalan Philology. She has taught in different universities in Catalonia and also the Aula de Lletres (Literary Studies) in Barcelona.

El mundo mítico de Gabriel García Márquez (The Mythical World of Gabriel García Márquez – 1971) was her first book as an essayist, an area of her work that would become mainly focused on 20th-century Catalan literature, above all the work of Mercè Rodoreda. Her books include Introducció a la narrativa de Mercè Rodoreda (Introduction to the Narrative of Mercè Rodoreda – 1982), Marginats i integrats a la novel·la catalana (Insiders and Outsiders in the Catalan Novel – 1987) and Miralls màgics de ficció (Magic Mirrors of Fiction – 1990), among many other works. She has also written two biographies of Rodoreda for the “Pere Vergès” (1992) and “Gent Nostra” (1996) collections. As a scholar in the field of contemporary literature, she has written prefaces for books by Baltasar Porcel, Vladimir Nabokov and Robert Saladrigas, while also working with other experts on dictionaries and literary collections.

In 2002 she was awarded the Joan Maragall Prize for the Essay with her book Compromís i escriptura: Incerta glòria de Joan Sales (Commitment and Writing: Joan Sales’ Uncertain Glory). She has also participated in publishing projects, dictionaries and exhibitions, while writing for newspapers and reviews like Avui, Serra d’Or, La Vanguardia and Els Marges. She is a member of the Associació d’Escriptors en Llengua Catalana (Association of Catalan-Language Writers) and the Llorenç Villalonga Foundation.

She is an honorary member of AELC (Association of Catalan Language Writers).