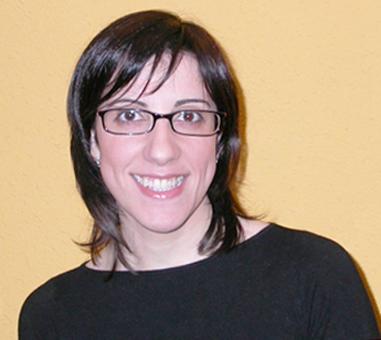 Noemi Bagés (Frankfurt, Germany, 1974) is a Catalan philologist and Catalan Language and Literature teacher. She graduated in 1997 and began her teaching career immediately thereafter, combining this with her literary work and producing didactic material on universal literature for the Department of Education. She has also been a jury member for several literary prizes and has carried out sociolinguistic and dialectological research.

In order to familiarise young people with literature, she organises forums in secondary schools in which she speaks of her novels Perdoni, a quin segle diu que som? (Excuse Me, but Which Century Did You Say We’re In?), I la mort em parlava (And Death Spoke to Me), Rere el mur (Behind the Wall) and No tot està perdut (Not Everything Is Lost), all of which have been published by Barcanova. in 2016 she published the novel Que s'acabin les vacances, si us plau! (Please, Make the Holidays End!) She has also taken part in the projects for children, "Lletres a taula" (Letters at the Table) and "Amb gust de lletra" (With a Taste of Letters), initiatives of the Tarragona City Council and the Department of Culture respectively. Moreover, she participates in the "Autors a les aules" (Authors in Classrooms) programme of the Institute of Catalan Letters.

She is a member of the Associació d'Escriptors en Llengua Catalana (Association of Catalan Language Writers).