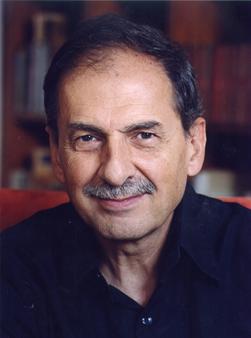 The Man You need Help. I can't leave you here alone.

She And if I attacked you?

The Man Why would you attack me?

She Don't you know me? Haven't you ever seen me before? You don't know me, I speak to you the way I'm speaking to you, and you don't get angry, you don't fire off at me, you refuse to put an end to your slimy pleasantries....

The Man Calm down.

She I know what's going on.

The Man We should sort out the breakdown of your vehicle. And leave you in a safe place.

She (laughing). Which safe place?

The Man Wherever you want.

She Which safe place?

The Man Will you allow me?

The Man Perhaps you think I'm being too cheeky.

She What do you want now?

The Man Don't get angry.

She What do you want?

The Man I see you're... It's a stupid assumption, of course.

She What do you see?

The Man You're frightened.

The Man Sorry, I shouldn't say such things.

She I am not frightened.

The Man I was wrong, that's not the right word.

She I'm not, don't get your hopes up.

The Man I tend to express myself badly.

The Man But if inside you there was... Please understand, it's a childish pretension, I know. If inside you... I mean, if inside you there was still the shadow of a concern that I have no reason to know about, which, of course, has nothing to do with me... A concern which is not a fear but which, forgive me, is sort of like a fear...; in that hypothetical... and absurd case...

The Man In that case, that's not it and I have no reason to bring it up...

The Man In that case I'd like -you see how ridiculous it is- I'd like to tell you, I'll only take a minute of your time, about a story I remember from when I was young.

The Man Just a minute.

She A story from when you were young? Now? Here?

The Man If you'd allow me.

She Standing out here in the cold, and you want to tell me what you used to do when you were young.

The Man A little anecdote.

The Man Don't take it the wrong way. Perhaps it'll help you.

The Man Perhaps it'll help you.

The Man Right. I was young, a child. A frightened child in unpleasant times. One night, after dinner, well, as always, they put me to bed and, I don't remember, I suppose I fell asleep. But, suddenly, and it was strange, normally, like all children, I was used to falling asleep straight away, suddenly I woke up agrain. Everything was completely dark. I had the feeling, I suppose I interpreted it in a different way, the feeling that I had fallen into the heart of the night, And some faint sounds could be heard. Furtive, constant sounds. Someone was moving, someone was watching me and, you can imagine, probably would have pounced on me, and so on. I didn't dare scream or move. A kind of absolute terror, poor child. A long while passed, at least it seemed like it. The faint sounds didn't stop, the whispering, the rustling. They were laughing at me, prolonging the torture before the final attack. I couldn't take it any more and then... Why wait? Why not throw myself over the edge and end it once and for all? I got up, I stepped forward through the darkness, I bumped into a door... I opened it and left the evil behind. And that's how I surprised my parents, who were putting together a surprise present for me, for my birthday. It was the best birthday of my life.

The Man It isn't an original stoy, everyone has lived through a similar experience.


Translated from the Catalan by Sharon G. Feldman ©