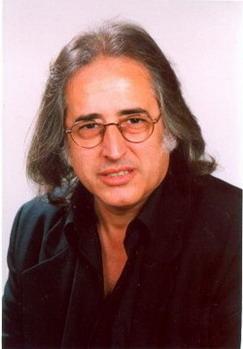 Llorenç Capellà was born in Montuïri, Mallorca, 1946. He is the son of the writer Pere Capellà. Mainly self-taught, he is regarded as being part of what is known as Mallorca's 1970s Generation. He has excelled in several literary genres, especially the novel and theatre, but also in short stories, essays and poetry and he is an experienced press columnist as well. His work has been recognised by the many prizes he has been awarded.

He made his literary debut in 1971 with a collection of stories entitled No hi ha vent a la teulada (There's No Wind on the Roof), immediately after which he published the novel El Pallasso espanyat (The Damaged Clown, 1972). Since then he has become known for his high degree of exigency in his writing and his mastery of whatever technique he is working with. Outstanding among his novels are Jack Pistoles (1981), Ailòviu (Iloveyou, 1984) and Ai Joana Maria (Oh, Joana Maria, 1987). His plays include Bolles de colors(Coloured Seals, 1983), El Pasdoble (The Pasodoble, 1985) and Un bou ha mort Manolete (A Bull Has Killed Manolete, 2003), the latter being perhaps the best known because of its historical and political background and his use of ominous and melancholy humour. He has also published a collection of poems, Guitarres de dol (Guitars of Mourning, 1998).

He is a regular contributor to the Mallorcan press, with articles and interviews, while he has also written essays and engaged in journalistic research, producing works such as Quinze empresaris mallorquins (Fifteen Mallorcan Businesspeople, 1975), Mallorca i el món obrer (Mallorca and the World of Workers, 1976) and the Diccionari vermell (Red Dictionary, 1989), all of which are books that are concerned to document Mallorca's recent history.