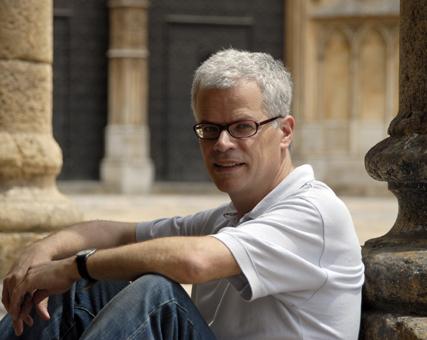 As a writer he has particularly focused on theatre but also works in fiction, children’s literature, the essay and as a translator. He is a member of the literary collective La Gent del Llamp (People of the Thunderbolt) which has been active in Tarragona since 1978. In the professional domain he is a cultural manager. His first long work, written in 1985 and not published until 1990, was L'espiral. Exercici d'autofàgia (The Spiral: Exercise in Autophagia), for which he was awarded the Salvador Reinadlos Prize under the auspices of the Recull de Blanes Awards. Two years later he received the Josep M. de Sagarra Prize for Theatre Translation for his version of Samuel Beckett's Endgame. He has also been awarded the City of Alzira Prize for the Novel for Rei de mi (King of Myself, 1993) and the 1999 "Serra d'Or" Critics' Prize for Dinastia Ming (Ming Dynasty). More recently, he has published the novels Contemplant el monstre (Contemplating the Monster, 2007) and Eva i el bosc (Eva and the Forest, 2008), along with the children's story L'home que volia ser rei (The Man Who Wanted to be King, 2006), and the short stories and brief plays that have appeared in a range of publications. His play Peus descalços sota la lluna d'agost (Barefoot under an August Moon, 2009) was awarded the 14 April Prize for 2008 and the "Serra d'Or" Critics' Prize for 2010.

He is a member of the Associació d'Escriptors en Llengua Catalana (Association of Catalan Language Writers).