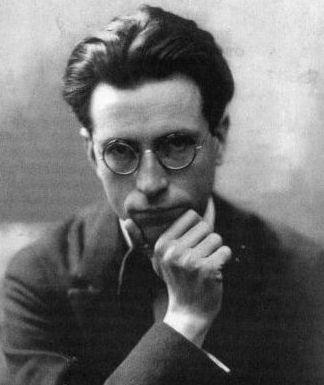 Joan Crexells (Barcelona, 1896-1926) was a philosopher, journalist, economist and translator. He obtained degrees in Philosophy (1918) and Law (1925) from the University of Barcelona and also a doctorate in Philosophy with a thesis on knowledge entitled Las verdades absolutas (Absolute Truths, 1919). He studied widely in different European universities, in France, Germany, Britain, Poland, Italy and Austria, among his teachers being Eugeni d'Ors, Alfred Marshall and Rudolf Stammler. He was also a militant of Acció Catalana (Catalan Action).

A lover of culture in general, he was initially interested in the German rationalists and English neopositivists but was increasingly attracted to aesthetics and idealist-based humanism. He wrote hundreds of articles and studies in the spheres of philosophy, education, and political, economic and literary criticism in publications such as Quaderns d'Estudi, La Revista, Revista de Catalunya and La Publicitat, in which he was responsible for the Economics page where he used the pseudonym of "Observer", while also working as a press correspondent from Berlin. He introduced the latest European intellectual trends into Catalan culture, thereby making known to his countrymen Bertrand Russell’s mathematical logic, Chesterton's thought, Keynes' economic theories and analytical philosophy. He translated Ludwig Busse from German and, since he was also interested in Greek philosophy, he produced the first Catalan translation of Plato’s Dialogues, in three volumes (1924 – 1926).

On his return from a study tour of Austria and Poland he fell ill and died in 1926. The Crexells Prize for Catalan Fiction was established in his memory (1928) and Miscel·lània Crexells (Crexells Miscellany) was published in 1929. Part of his work was posthumously collected into the volumes Primers assaigs (First Essays, 1933) and L'història a l'inrevés (History in Reverse, 1968) and his Complete Works were published in four volumes between 1996 and 1999.