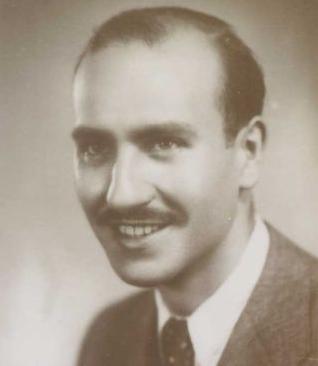 He obtained Arts and Law degrees from the University of Barcelona and a doctorate in Modern Philology. In his professional life, he combined teaching at the French Institute (from 1932) and at the (Catalan and Republican) secondary school Institut-Escola (1934-1938), while also being intensively engaged in writing critical articles in the Barcelona press after 1932, in particular in El Matí – where, for some time, he wrote art criticism under the pseudonym of "E. Clivillés". He also wrote for Mirador, La Veu de Catalunya and La Publicitat, among other publications. In these articles, he tended to review new French fiction and, in particular, the most recent books from England and the United States. His journalistic output was brought together in the collection Lectures europees (European Readings, 1936), where he revealed himself to be an attentive observer of the newest trends in literature and ideas in other countries. Esquerra wrote about works from the classics through to the very latest publications of writers like Malraux, Giraudoux, Woolf, Lawrence, Huxley and Faulkner.

Around 1936, he began to write along more academic lines, publishing several manuals and other studies. His piece "Stendhal en España" (Stendhal in Spain), which was published in Revue de Littérature Comparée in 1936, exemplified his markedly European stance as a connoisseur and admirer of French and English cultures. His studies "Balmes i Chateaubriand" (Balmes and Chateaubriand, 1936) and Shakespeare a Catalunya (Shakespeare in Catalonia, 1935, 1937) represent the earliest adoption of French-style literary comparativism in Catalan letters. Following commissions he received from the publishing house Apolo, he also published Iniciación a la literatura (Initiation into Literature, 1937), a three-volume compendium of world literary history, and Vocabulario literario (Literary Vocabulary, 1938). Moreover, he translated into Catalan works by Flaubert, Conrad, Giraudoux, O. Henry, Daudet and Mauriac and, into Spanish, Huxley and Thomas More.

Mobilised at the end of the Spanish Civil War, he died aged 29 on the Ebro front in December 1938.