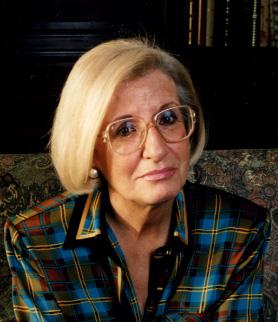 Carme Guasch i Darné (Figueres, 1928 - Badalona, 1998), was a poet and fiction writer. After obtaining an Arts degree from the University of Barcelona, Carme Guasch worked as a teacher of Language and Literature. She began to write when she was young and was an active participant in the literary life of Figueres. In the 1960s she was one of the organisers of the city's annual Festival of Poetry and it was in Figueres that she befriended the poet Carles Fages de Climent and the writers Maria Àngels Vayreda and Montserrat Vayreda.

She won several prizes in different poetry competitions, for example the Perpignan Jocs Florals, and also in Manresa and Barcelona. In 1978 she published her first collection of poems, Vint-i-cinc sonets i un dia (Twenty-five Sonnets and One Day), after which she published regularly and became known as a voice that was at once solid and delicate. In her poetic trilogy Amat i amic (Beloved and Friend), Pràctica de vida (Practice of Life) and Interiors (Interiors), and also in her only novel, Trena de cendra (Braid of Ash), she mainly reflects on the nature of love and probes the meaning of death. She also published two collections of short stories, Situacions insulars (Insular Situations) and El llit isabelí (The Elizabethan Bed) in which she analyses female characters.

As a writer who was very well-versed in classical poetry and literary resources, she applied her knowledge with acute intelligence throughout her literary production. Her direct and balanced style and her ability to convey the most intimate feelings are the main features of her work. Carme Guasch was a member of the Associació d'Escriptors en Llengua Catalana (Association of Catalan Language Writers – AELC).