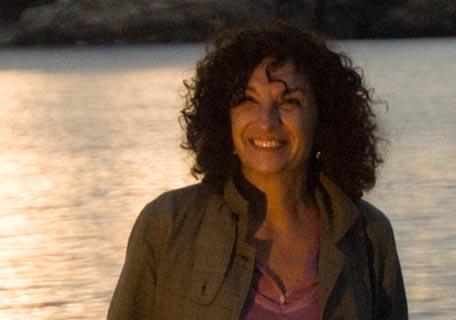 Mariona Masferrer i Ordis was born on 1 February 1953. She has a degree in clinical psychology from the Autonomous University of Barcelona, and trained as a psychoanalyst. She worked as such for eighteen years until family circumstances obliged her to abandon her consulting room "for the time being", a decision that was not at all easy to make. However, it enabled her to engage at times in things she enjoys and she unexpectedly wrote a novel that, even more unexpectedly, was published. This work, El fil d'Ariadna (Ariadne's Thread) was a finalist for the Donna Prize. It was followed almost immediately, after a trip to Santiago de Cuba, by El cosí de Cuba (The Cuban Cousin), published by Alba Editorial. Next came Màxima, based on the story of a great-grandmother of the mid-nineteenth century, who was born in the seaside town of L'Escala and, after that A punt de neu (Whipped Whites) on the generation gap today. Just before these last two books came out, published by Actéon, she wrote a fifty-page story, which she presented for the Montserrat Roig Prize and came second. Its original title was Correspondència sui generis (Correspondence Sui Generis) but it has now expanded to a hundred pages and is called Cartes a destemps (Untimely Letters). She is presently writing the fictional biography of a Senegalese boy and is observing how, unexpectedly, writing has come to occupy centre stage in her life and it seems that nothing is going to change this.

She is a member of the Associació d'Escriptors en Llengua Catalana (AELC – Association of Catalan Language Writers).