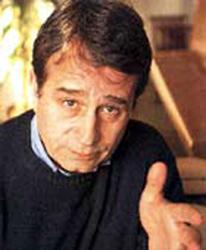 In his early years he had two overriding concerns, politics (with an intense dissenting awareness of the situation of his country) and art. In the sphere of art, which would with time become his greatest weapon, he made his debut in 1961 with the Alcoi theatre group La Cazuela. He eventually came to live in Barcelona, where he worked with the companies of Núria Espert and Adrià Gual.

At the end of the 1960s, he began to cultivate his talent for singing, which led him to write his own lyrics as well as setting to music poems by Estellés, Espriu, Salvat-Papasseit and many others. As an actor, he had roles in many films of the new wave of Spanish cinema, for example Furtivos (1975), by J. L. Borau and La verdad sobre el caso Savolta (1979), by Antoni Drové.

His literary and graphic work is represented by two books, Poemes i cançons, (Poems and Songs, 1978), with a prologue by Joan Fuster and epilogue by Montserrat Roig, and the collection Poemes i dibuixos (Poems and Drawings, 1985).

He was a member of Associació d'Escriptors en Llengua Catalana (AELC, Association of Catalan Language Writers).