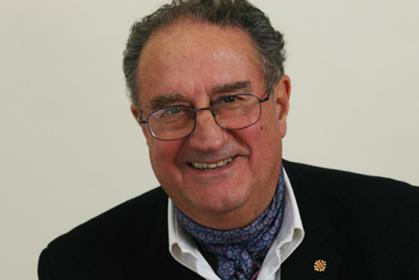 Pere Morey (Palma, 1941) worked in the Balearic Islands export sector, which led him to travel the world, as his stories clearly convey. He has written short stories, crime fiction and, in particular, the historical novel with such notable titles as Pedres que suren (Stones that Float, 1984), Mai no moriràs, Gilgamesh! (You Will Never Die, Gilgamesh! 1992), El llaüt de vela negra (The Black-Sailed Catboat, 1993), Allò que conta el vent del desert (What the Desert Wind Tells, 1994) and La metgessa càtara (The Cathar Lady Doctor, 2002). He has also written theatre, for example the pantomime Sa Madona de Sagran (The Madonna of Sagran) which was performed in the Teatre Principal of Palma, and has also adapted Mallorcan folktales for schools.

He has been awarded several prizes, among them the Joaquim Ruyra Prize and the Generalitat (Autonomous Government of Catalonia) Prize for the Best Young People's book for Pedres que suren, and the Joanot Martorell Prize for La ciàtica de Mossèn Blai (Father Blai's Sciatica).

Since the 1970s, he was been working in different music programmes on radio and television and, since 2001, he has been president of the Friends of the Mallorca Museum association.

He was an honorary member of Associació d'Escriptors en Llengua Catalana (Association of Catalan Language Writers).