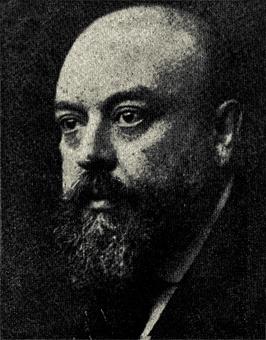 In his articles, published in several journals from Mallorca, he criticized the government's centralism. He demanded the regeneration of the cultural, social and political life of the island, and he ran one of the firsts campaigns in favor of the "Renaixença" movement in Mallorca. In 1903 he moved to Barcelona, and the following year he was appointed the director of the newspaper Diario de Barcelona. Due to political tensions, he resigned and joined the newspaper La Vanguardia, which he also would manage. In 1907 he was one of the founders of the "Institut d'Estudis Catalans", and in 1917 he was elected president of the "Ateneu Barcelonès".

He published the short novels L'Hostal de la Bolla(1903), and Illa daurada, La Ciutat de Mallorques (1906), which revealed him as one of the most notable writers of the moment. His poetry, containing many cultural references, shows a permanent formal interest and a great richness of vocabulary. He published a long narrative poem, Llegenda de Jaume el navegant (1904), and, in 1906, he published his only compilation of poems. During his career he published, in Spanish, several compilations of political articles, where he developed his regionalist thesis. One could highlight La cosecha periodística (1891), La cuestión regional (1899), Entre dos españas (1906), and Hojas del sábado (1918). His critique and historiografic works are also important, with titles such as Ensayos críticos: la literatura en Mallorca (1903), Catalunya en temps de la Revolució Francesa (1912), El caso Maura (1914) and El fet i la idea de la civilització (1917).

After his death his works Obres catalanes (1922), and several reeditions of his poetic and narrative work were published. In 1999, Lleonard Muntaner editorial began the publication of his complete works.