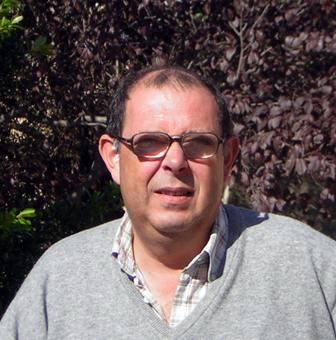 Àngel Terron (Palma, 1953) is a scientist and poet. He has a degree and a doctorate in Chemistry and is presently a professor in Inorganic Chemistry at the University of the Balearic Islands.

Àngel Terron has an unusual breadth of horizons, and hence resolves in his person the typical confrontation between science and letters. Both spheres frequently come together in his work when he speaks of universal themes such as love, the passing of time, philosophy and everyday matters.

His engagement with the world of literature is not limited to poetry, however. He has also been editor and co-editor respectively of the reviews Blanc d'ou and Poetry and Sons, while he has been co-director of the Tafal poetry collection in Palma de Mallorca. He frequently works with different branches of the mass media and writes for Última Hora and Diari de Mallorca, as well as international reviews in his field of Chemistry.

He is a member of Associació d'Escriptors en Llengua Catalana (Association of Catalan Language Writers, AELC).