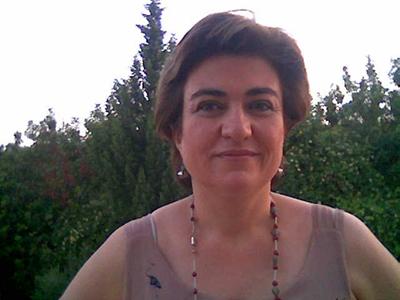 Caterina Valriu (Inca, 1960) obtained a degree in Philology from the University of the Balearic Islands (UIB) in 1983 and two years later produced a dissertation on the old Carnival of Mallorca, based mainly on oral history. This work was awarded the Extraordinary Prize on her graduation and was subsequently published in two volumes, El Carnaval a Palma, com era abans (Carnival in Palma, As It Once Was – 1989) and El Carnaval a Mallorca (Carnival in Mallorca – 1995).

Since 1990, she has been a tenured lecturer at the UIB, where she teaches Catalan Literature.

Using the name Catalina Contacontes, she has been travelling around the Catalan-language territories since 1987, telling stories and folktales to children, young people and adults. She has given about a thousand of these storytelling sessions with the aim of helping people to appreciate the pleasures of stories told aloud. She published Balears i Pitiüses: Terres de llegenda (2013), a compilation of thirty three legends from the Balearic Islands. She has also published some of her own stories for children, for example En Galceran i les marietes (Galceran and the Ladybirds) and Les banyes d'en Cucarell (Little Demon’s Horns), both of which were published in 2006.

She is a member of the Associació d'Escriptors de Llengua Catalana (Association of Catalan Language Writers).