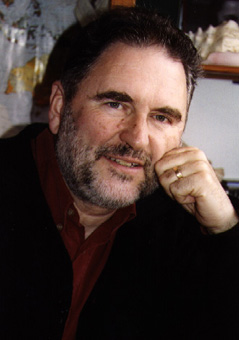 Isidre Grau i Antolí has a degree in Technical and Chemical Engineering and is a qualified Catalan teacher. Since 1975, he has been writing continually, while also working in the field of written communication and teaching literary skills and the techniques of novel and short story writing in the Ateneu of Barcelona. He has published novels, collections of short stories, and essays such as L'arquitectura del conte and La maleta de l'escriptor, some works for children and young people, while also being an active member of the Ofèlia Dracs collective.

Among his better-known works are Els colors de l'aigua, which received the 1985 Sant Jordi Prize and was translated into Spanish. This is the first book in a cycle that, for the moment, has seen the addition of La nit vermella, El balancí negre, winner of the 2000 Ciutat de Palma Prize, and Groc d'Índia. Other noteworthy works are La vida escrita, which was a finalist for the 1996 Carlemany Prize, the satirical novel Zàping or La ciutat dels solitaris, published in 2017.

Grau is a member of AELC (Association of Catalan Language Writers).