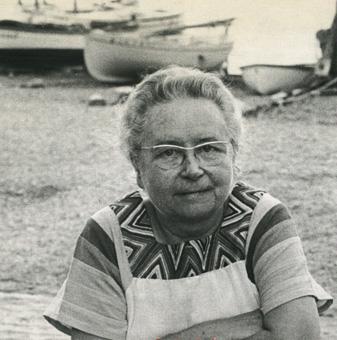 Rosa Leveroni (Barcelona, 1910-1985) was a poet and narrator. She reflects in her poetry the influence of the poet Carles Riba, both in formal models and in her rejection of superficiality and the baroque style. Her output, which is not extensive, is to be found in the volume Poesia (1981) and another simply titled Contes (Stories -- 1981), as well as the essays and literary criticism she wrote (in particular on Ausiàs March). In the post-war period, her work in revitalising Catalan language and culture was significant. In 1982, she was awarded the Creu de Sant Jordi de la Generalitat de Catalunya (Saint George Cross of the Autonomous Government of Catalonia). She was one of the first members, and subsequently honorary member, of the Associació d'Escriptors en Llengua Catalana (Association of Catalan Language Writers).