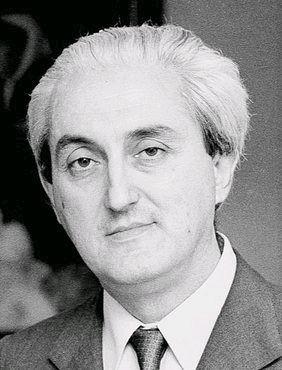 Albert Manent (Premià de Dalt, 1930 - Barcelona, 2014) is a literary critic, poet and literary historian. He has degrees in Law and Catalan Philology and, as a very young man published two collections of poems (1949 and 1951) at a time when he was an active member of the Catalan resistance to the Franco regime. His main task has been that of reconstituting twentieth-century Catalan cultural history with the particular purpose of bearing witness to the hardships of the long years of dictatorship. In 1959, he was a co-founder of the cultural review Serra d'Or and subsequently went on to publish major biographies of Carles Riba (1963), Josep Carner (1969), Jaume Bofill i Mates (1972), J.V. Foix (1993), Marià Manent (1995), Tomàs Garcés (2001) and Fèlix Millet (2003), works that he would round out, after 1986, with pen portraits of some seventy personalities and groups. Notable among these works are Solc de les hores (Furrow of Hours, 1988), Semblances contra l'oblit (Portraits against Oblivion, 1990), Retorn a abans d'ahir (Return to Yesteryear, 1993) and the book of memoirs El molí de l'ombra (The Shadow Mill, 1986).

Among his other literary tasks, he was coordinating author (with others) of the three volumes of Diccionari d'història eclesiàstica de Catalunya (Dictionary of the Ecclesiastical History of Catalonia, 2001); contributor to Història de la literatura catalana (History of Catalan Literature – published by Ariel), a two-volume work on studies in cultural history; editor of the overview study La literatura catalana a l'exili (Catalan Literature in Exile, 1976); and editor of two works on clandestine bibliography after the Spanish Civil War (1988 and 1989). He writes for different publications, for example Revista de Catalunya, La Vanguardia, Avui, Ya and, in particular, Serra d'Or. As President of the Societat d'Onomàstica (Onomastics Society), he also writes on toponymy and vernacular and dialectal vocabulary. In recognition of his contribution to culture, he has been invested with the title of Mestre en Gai Saber dels Jocs Florals (Master of the Art of Poetry in the Jocs Florals literary competition) and has received the Serra d'Or Prize for the Essay (1970), the Josep Pla Prize (1987), the Ramon Llull Prize (1995) and the Ramon Trias Fargas Prize (2003), as well as the Medal for Cultural Merit (2003). Books paying tribute to his work were published in 2000 and 2005.

He is an Honorary Member of the Association of Catalan Language Writers (AELC).