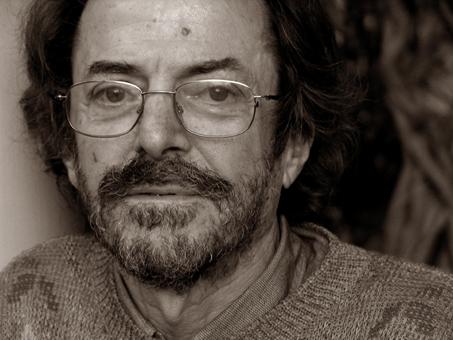 Elias Canetti was right when he wrote that Marrakesh was an architecture of voices. Although the city has changed considerably since his times (there are no longer Jews in the Mellah, for they have gone to Israel, and nor are there muezzins in the minarets since the calls to prayer are now recordings), you can still hear them, The Voices of Marrakesh. They sound deeply bitter, these voices that come from afar, fantastic and real at the same time.

Yet what are the voices of Marrakesh today? It is true that cars have taken the place of camels, just as loudspeakers have substituted for the muezzins, but the minarets are still like slender lighthouses, and the cries in the streets are acoustic arabesques, as Canetti described them. The rest of the voices, even the most mysterious among them, will be rediscovered by each traveller, depending on his or her tastes.

Marrakesh is two cities joined by one square.

Gueliz, the part built by the French, is the first agreeable surprise. Surrounded by gardens of frolicsome exuberance, and later messily extended by the Moroccans with a slightly exaggerated sumptuousness, Gueliz is a seductive prologue for the usually stressed and prejudice-laden European visitor to Marrakesh.

Marrakesh knows how to seduce and does seduce, as long as the foreigner does not arrive with too many qualms. This is why it is a good idea to have somebody who helps us to see the city with positive eyes, who introduces us benevolently so that we can end up discovering it for ourselves, little by little, through our own gaze. I do not say this out of idle conjecture or fear but because one can get lost in this marvellous city, unsettled by its thousand and one possible seductions.

The second city of Marrakesh is the Medina (and once there was a third, the Jewish Quarter, or the Mellah but it no longer exists today and its houses have become just another part of the Medina). The Medina of Marrakesh is still, for the greater part, of medieval structure with reed-shaded and always bustling alleys where the clotted melange of time and different smells is at once far-reaching and intimate. These perfumed labyrinths of humble surprises act on me like a memory awakener. The city scenes are intelligible to me, despite the extraordinary differences, just as I feel close to the biblically simple rusticity that surrounds me. I mean by this that a great part of my enjoyment of this world comes from this exciting proximity, a proximity that offers me both the syrupy-thick perfume of orange blossom and the stench of rotten straw wafting from a good pile of mule dung.

One does not know Marrakesh, if one can ever get to know a city – oh, cities are so like people! – until one has entered Jemaa el Fna, the square of all squares. I do not speak of a powerful and monumental square like so many that exist in the world, but of a supremely human square, the whole of its spread a market, the stage for a constant spectacle, a place full of life and multiple encounters. A square of smells to make you dream, of dance-like rhythms and voices that you understand without knowing what they say, or evocative words and smiles, eyes that gaze into the infinite …

The square of Jemaa el Fna is not only a magnificent marketplace of marvels and miseries, however. It is not only a space in which everything that is imaginable and desirable can be found and purchased at any hour of the day or night if you have the right amount of art and patience. The square of Jemaa el Fna is the mirror into which Marrakesh looks and is revealed. A mirror, or a market, of sensations, voices, acrobatic gestures, eye-catching colours, perfumes and stinks, music and stories … It is a square that does not permit you to describe it completely in writing, or to photograph any more of it than mere scraps, a square that is different every time you walk around it, a square to be wandered around at nightfall, full of surprises.

Sipping tea on a terrace, with the humanity of Jemaa el Fna spreading before you, is to take possession of the city. It is in such places that the visitor feels seduced by Marrakesh. Myself among many. The fact is that at dusk in Jemaa el Fna – which means "Assembly of the Dead" – it is the ancient, absent voices that have returned, voices of fire, with the ancient magic of fairy stories, familiar voices, even though speaking an incomprehensible language. As I was contemplating how the cypress trees timidly blushed red, tasting ripe dates one by one, learning words in Arabic and savouring small flat cakes with honey (which must be like the ones they said, when we were children, were gifts they offered to heaven), I kept staring at a thousand and one luminous little stalls of fruit and all kinds of gear, the masses of people, with food and songs in abundance. I have felt full of this world that is at once exotic and close. I have felt what it says and what it does not say, and what it shows and what it hides.

Later, walking through the shady reed-topped alleys of the Medina, mingling with groups of young lads moving in convoy, past the terraces of the cafés packed with men, among the fragrance of roses and animal smells, gangs of kids riding around on clapped-out bicycles, ageless women and all the eyes… I realised that all the paradises, the lost and impossible, those of here and those of the beyond, the natural and the artificial, will always have the bitter-sweet taste of dates.

Marrakesh in no way lets you down but simply suggests its charms at its own leisurely pace. I thought, "It's not the delicious sensations, or the voluble silences of people that makes us different from the Muslims, no. It's the religious perception of life. We, innocent children of a dead god who was killed by our forebears, have lost the everyday experience of the sacred. They haven't."

Dense, dense silence. The performance begins:
dream-door opens, dimmed lights:
rubble packed with lives: filth.
The past is accomplished in a moment of craving
like a ghostmatic folk tale
about sounds of lined husks and bodies smeared with sweat.
Outlines slip down into the chasm of the page.
Every word clay crafted
by the enormous touch a small story
that gave birth to us in a den of serpents
where we nevertheless strive like shipwrecked sailors against the sea.

Dogs, rolling delighted in the rot,
conceal their smell, an ancient wild instinct,
not to scare away their prey; a useless gesture
because they eat their master's scraps off a dish.
Tou like your lamb lights with a hint of gall, rare.
And you know you're a handful of broken threads,
summary and outcome of lost battles,
of present pasts and hideouts in the darkness,
an adolescent writing his first poem.
Silence my friend
you trail your white script behind you
I am your instrument, amidst the barren trash.
Pleasure's waste
the crumbs of passion
like wild boars
you love filth.

The dark ardent desire I search for
in this sea of light and hope,
the desire to be the star child
that once felt he was an angel's dream,
brought me here, like a drifting vessel,
to your port of knife-edges ashes,
moon over the blue Aegean, dormant fire
like the bird that rises after burning.

Island from the sky, born from flames,
green wasteland, fertile in slaughter,
I wanted you so, I loved you so,
that before I took your abysses
I wanted you as you are, daugter of dawn
with vineyards clinging to life,
cliffs like blades, shores of cold lava,
where man, the same as the rocks, sings and cries.

They are not heavenly voices speaking to us
from deep in the distance. They are well loved voices.
Inner voices, faraway voices, voices that signal
a path no one knows where it leads.

Poetry is voices turned into sounds saying
where we come from, where we're headed, who we are.