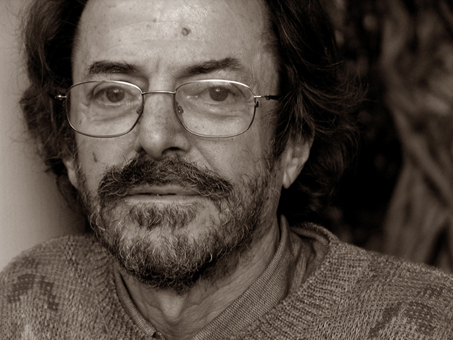 The quality of his work situated him as one of the outstanding representatives of the "70's Generation" from a very early age. A cultural activist –for example as organiser of "L'Any del Tirant" (The Year of Tirant [lo Blanc]– and founder of literary magazines like Cairell, he was awarded the Carles Riba Poetry Prize in 1979 for his collection El somriure de l'herba (The Smile of the Grass), shortly after which he published such titles as Presoners d'un parèntesi (Prisoners of a Parenthesis, 1979), Brutícia (Dirt, 1981), Mel-o-drama (Melodrama [Honey-or-Drama], 1981), Maremar (1985), Dictats d'amors (Dictates of Loves, 1991) –a collection of his poetic work which incorporates the previously unpublished book D'amors i temps perduts (1985-1991) [On Loves and Lost Times (1985 – 1991)]– En el nom de la mar (In the Name of the Sea, 1999), Cants i encants (Songs and Joys, 2004) and El temps trobat (Time Discovered, 2013), which was awarded the Valencia Prize for Poetry.

His career as a fiction writer begins with the novel Rondalla del retorn (Tale of Return, 1977), for which he received the Andròmina Prize for Fiction. Shortly afterwards, he shifted to first-person narrative. Somewhere between intimism and memoir writing, his books often describe journeys, while also probing into the personal nature of the present-day human being. In this style, his works include El Cingle verd (The Green Crag, 1982), winner of the Josep Pla Prize; Un bellíssim cadàver barroc (A Most Beautiful Baroque Corpse, 1987); Ací s'acaba tot (Thus It All Ends, 1993); Seduccions de Marràqueix (Seductions of Marrakesh, 1996), winner of the Sant Joan (St John) Prize; and A Jerusalem (To Jerusalem, 2005). He then embarked on a series of memoirs and autobiographical writing with Puta postguerra (Damn Post-War Years, 2007) and Joc de daus (Playing Dice, 2012), among other titles. He has also written the essay El paradís de les paraules (Història i poesia a l'orient d'al-Àndalus) (The Paradise of Words. History and Poetry in the East of al-Andalus, 1995), winner of the Josep Vallverdú Prize and the Serra d'Or Critics' Prize, and other works on such figures as Ausiàs March, Francesc de Borja and Teodor Llorente, in addition to studies on the historic, cultural and literary heritage of la Safor and the Valencia region in general.

He has been director of the publishing house Tres i Quatre, as well as working with other cultural projects and initiatives and being vice-president of the Association of Catalan Language Writers (AELC) and of the Catalan PEN Centre. He has been a full member of the Institute for Catalan Studies (IEC) since 2005 and has received numerous awards for his work, including the prestigious Creu de Sant Jordi (St George Cross) from the Generalitat (Government) of Catalonia in 1991.

He is a member of Associació d'Escriptors en Llengua Catalana (AELC – Association of Catalan Language Writers).