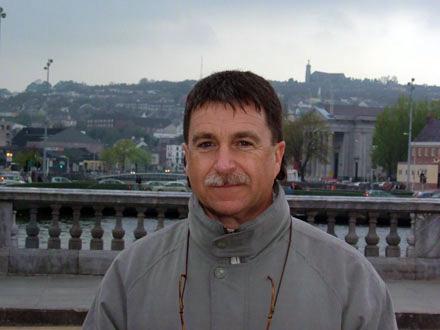 Ponç Pons (Minorca, 1956) was a precocious reader who, at the age of 10, began to compose poems and decided that the only career he could live with was that of literature. Illòman decared that he considers himself “Minorcan to the white marrow of my bones” and claimed that, "To be Minorcan is to be a stranger everywhere/To be Minorcan is a disease". He confesses that he writes for an imaginary reader who has the combined features of all his favorite authors (Pessoa, Quasimodo, Seferis…).

His work is full of cultural references and eco-linguistic reflections. It has won prestigious awards and has turned into one of the most important poets of the Balearic Isles. An admirer of Spinoza, the author lives apart from the literary world, dividing up all his time between teaching (he is a lecturer in literature), family obligations, his passion for poetry as a form of knowledge and a cabin retreat on an estància (a small piece of property) called "Sa Figuera Verda", or the "Green Fig Tree". He writes by hand at night.

This Web page has been produced with the support of the Institució de les Lletres Catalanes (Institute of Catalan Letters).
Documentation: Biel Pons.
Translation: Julie Wark.
Photographs: Personal files of the author.