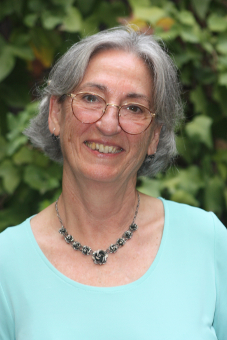 Carme Ripoll (Barcelona, 1945), has a degree in Education Sciences and also studied Marketing at the Kingston Business School in London. She is a qualified French teacher and holds a Proficiency qualification in English. After living abroad—in France, Kuwait, Algeria, Guatemala, the United Kingdom and Libya—from 1967 to 2000, she has resided permanently in Barcelona since 2001.

After studying at the Writing School at the Barcelona Athenaeum, she contributed to a jointly authored volume of short stories, A l’ombra del Decameró (2014), after which she published the novel Jura’m que no ho diràs a ningú (2015). Her book Temps de confitures (2017) was a finalist for the Author Revelation Prize of the Barcelona Athenaeum Writing School and the Rosa dels Vents publishing house. In March 2016, her short story collection Un feix de cartes, was a finalist for the Joaquim Ruyra Prize for Fiction.

She is a founder of Obrador d’històries, a non-profit association for promoting culture which offers writing workshops, organises a literary prize, publishes new literature, and engages in other activities related with literature, theatre and film.

She is a member of the Associació d’Escriptors en Llengua Catalana (AELC – Association of Catalan Language Writers).