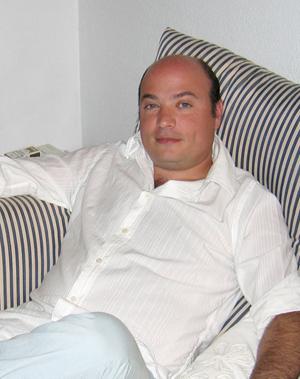 Josep Lluís Aguiló (Manacor, Mallorca, 1967), a poet and businessman, works as a marketing and advertising director.

In 1986 he published his first collection of poems, Cants d'arjau (Songs of the Tiller), which he wrote when he was between sixteen and eighteen years of age. After an interval of eighteen years, he published two further collections, La biblioteca secreta (The Secret Library) and L'estació de les ombres (Season of Shadows), both in 2004.

His collection Monstres (Monsters, 2005) was awarded the "Premi Ciutat de Palma Joan Alcocer" Poetry Prize in 2005 and, in 2006, the National Critics' Prize for the best book of poems written in Catalan, while it also received a special mention of the jury of the Critics' Prizes for Catalan Writers. In 2007, the Manacor School of Mallorcan Language gave him its Recognition of Merits Award for his work in writing Catalan poetry and helping to make it better known. The University of the Balearic Islands has published his collection Antologia Personal (Personal Anthology).

In 2008, Josep Lluís Aguiló was the winner of the literary competition "Jocs Florals de Barcelona" with his work Llunari. (Calendar). His writings have appeared in several anthologies and in different translations.