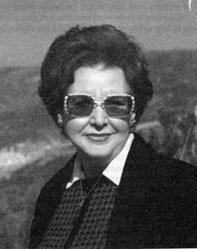 Maria Beneyto (Valencia, 1925) is a poet and novelist, fields where she became well-known after the difficult years of the 1950s, in particular when she was awarded the City of Barcelona Prize for her book of poems Ratlles a l’aire (Lines in the Air – 1956). However, the next decade saw the appearance of her narrative work, most notably the novel La dona forta (The Strong Woman – 1967), a work in which the protagonist is a group of people, rather than an individual, along the lines of the structure being used by other writers of the time, for example Blai Bonet and Camilo José Cela. Critics have described this work as the most interesting book published in the Valencia region in the 1960s.

Her poetic works received the major prizes of the time, both in Spanish and Catalan, and she enjoyed the support of a great number of intellectuals, most outstandingly Joan Fuster with his comments on her work, the friendship and encouragement of Manuel Sanchís Guarner, and Xavier Casp who recommended that she should write in Catalan. Among her recent books, Després de soterrada la tendresa (After the Burial of Tenderness – 1993) and Elegies de pedra trencadissa (Elegies of Brittle Stone – 1997), published by Bromera, are noteworthy.

She was a member of honor of the Associació d'Escriptors en Llengua Catalana.