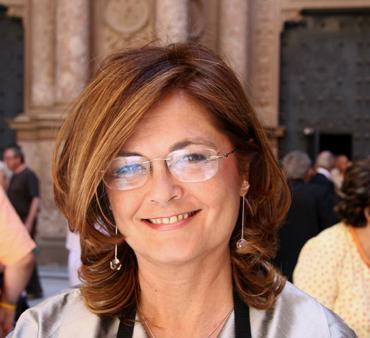 Iolanda Bonet (Eivissa, 1955) is a writer and teacher.

She spent her childhood on the island of Eivissa, surrounded by books and close to the sea, after which she lived in Barcelona for six years studying to be a teacher at a time that coincided with the declining years of the Franco regime and the coming of democracy. In the field of education she has carried out different kinds of work as a teacher, adviser to the Teachers' Study Centre, and adviser to the Catalan Language Teaching Service in the Support Teams for Intensive Study and Late Incorporation, all of which has enabled her to see the world of teaching from different angles.

She has been writing from an early age, producing books for adults with Ombres i miralls (Shadows and Mirrors – winner of the Joan Castelló Guasch Prize for Narrative Writing), for children with Es peixet des riu verd i Cançoniues (Fish from the Green River and Little Songs – winner of the "Nit de Sant Joan" Prize 1996), and of poetry with the volume 2... o morir sens ser vista (2 … Or Die Unseen), as well as writing for educational publications.

She has worked on the Enciclopèdia d'Eivissa i Formentera (Encyclopaedia of Eivissa and Formentera) and is a member of several NGOs, while also writing for several publications such as Revista Juvenil Esquitx and El Pitiús. Among the works she has produced for children are stories that come with puppets and manually-operated materials that she has illustrated and designed herself. Her books are creative and do not adhere to a single narrative structure since she likes changing both format and narrative style.

While giving priority to self-invented creation in her writing, she also particularly believes in the importance of transmitting traditional literature to children and hence has adapted some traditional stories and folktales, mainly from Eivissa and Formentera. Some of her books have been translated into Spanish, French and English.