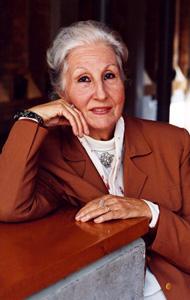 Rosa Fabregat (Cervera, La Segarra, 1933) is a writer and pharmacist who concentrates her literary efforts in the fields of poetry and fiction. She began to publish as a poet after winning the Vila de Martorell Prize in 1978 for the book Estelles (Splinters), and her work demonstrated an already mature and thoughtful artistic voice. After publishing several more books, Fabrega collected her poetic output up to 1994 in a volume called Ancorada en la boira (Anchored in the Mist). Other books of poetry have followed.

In her fiction, readers can perceive two areas of particular interest to Fabrega. What speaks to her as a novelist is science fiction – consider her novel Embrió humà ultracongelat núm. F-77 (Frozen Human Embryo No. F-77). On the other hand, Fabrega’s contrarian sensibility toward conventional attitutes has inspired her to write on controversial themes, for example La capellana (The Parish Priest– 1988; 2017), which questions the masculinity of the priesthood.

Fabrega has contributed to various journals and newspapers and is a member of the Societat Catalana de Ciència-Ficció i Fantasia. Also, she has published essays and articles on the profession and science of pharmacy. Her work has been translated into other languages, including German and English.

She is an honorary member of AELC (Association of Catalan Language Writers).