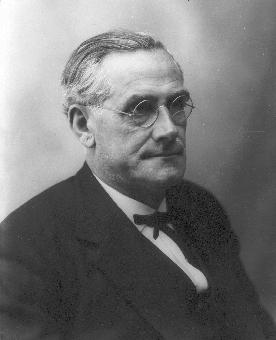 Josep Maria Folch i Torres (Barcelona, 1880-1950) was a novelist, narrator and playwright. His extraordinarily extensive literary production, mainly for children and adolescents, earned him immense popularity.

In 1909 he began as director of the weekly En Patufet, in which he published, until 1938, Pàgines viscudes (Lived Pages). After the publication of his Aventures extraordinàries d'en Massagran in 1910, he wrote a great amount of novels for the "Biblioteca Patufet" collection. He was the creator of Catalan theatre for children. His Els pastorets (The Little Shepherds) of 1916, in particular, was overwhelmingly successful and is the most performed work in the history of Catalan theatre, while his Ventafocs (Cinderella), of 1920, was also highly successful.

He published novels which were naturalist in style and with a psychological content, of which the best known is Joan Endal (1910). He created the series "Biblioteca Gentil" of romantic novels for young people, and also founded the movement Pomells de Joventut (Bouquets of Youth) which was active from 1920-1923. After the Spanish Civil War he subsisted by painting and writing in Spanish. He died ostracised. In 1998, a monument to his memory was unveiled on the mountain of Montserrat, while a prize in his name for children's and young people's novels is a homage to him by the world of Catalan letters.