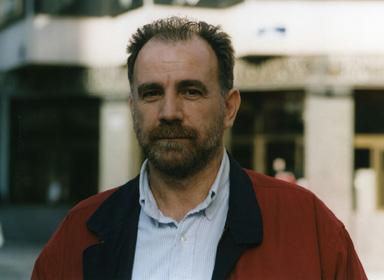 Rafa Gomar (Gandia, 1955), completed his Teacher Training and has a degree in Educational Sciences. He worked as a public school teacher for five years and then, while he was completing his degree, he also worked translating articles for different scientific and cultural reviews in Valencia. Since 1987 he has been working at the Sindicatura de Comptes (Public Audit Office) of the Generalitat (Government) of Valencia as a corrector, editor and translator.

He has written for a range of magazines and reviews, such as Papers de Cultura, Boom, Saó, El Temps, Caràcters and Aiguadolç.