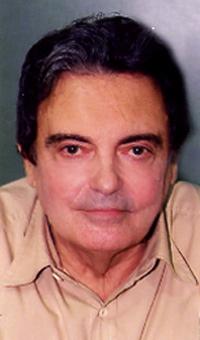 Albert Hernàndez i Xulvi (Catarroja, 1942) is a writer. His first youthful contacts with literature were through cinema with his discovery in the 1960s of names like Berlanga, Luís Buñuel, Fernando Rey, Franco Nero and Catherine Deneuve. Shortly afterwards, and impressed by Buñuel's observation that, "With a fifteen-peseta biro and a few sheets of paper you can write the most imaginative film or novel, but the film will never appear on celluloid because of the cost", he decided to devote himself to literature and forget about scriptwriting for cinema, a profession that did not enjoy much prestige at the time.

He has written in different genres, but has always been mainly devoted to the novel, for both adults and young people. Among his novels for adults are Dafne, l'última nuesa (1990), No mireu per l'ull del pany (1991) and L'últim somni (1994), his greatest success being Temps de fang, a re-creation of the post-war period in his home town, which received the 1997 Vila de Perpinyà Prize and the Inter-university Philology Institute Critics Prize in 2000, El tango de l'anarquista (2006), Enric Valor Prize in 2006 and La ciutat de les flors (2014), awarded the Fiter i Rossell Prize from de Andorran Government.

Apart from novels, Hernàndez i Xulvi has published several collections of short stories, notable among which are La síndrome i altres històries (1989) and Històries inquietants (1996). His books for children and young people have been very well received, two examples being El capità Pèrtil (1990) and Estiu a l'albufera (1996). He has also published a book of poems, Les branques de l'om fosc (1999), which was awarded the Francesc Badenes Dalmau Prize.

Theatre is another notable facet of his literature. He has published four plays, two of which are Amigues (2002) and Sense papers (2005), and on two occasions he has received the City of Vila Real Prize. All four of his plays have been staged.