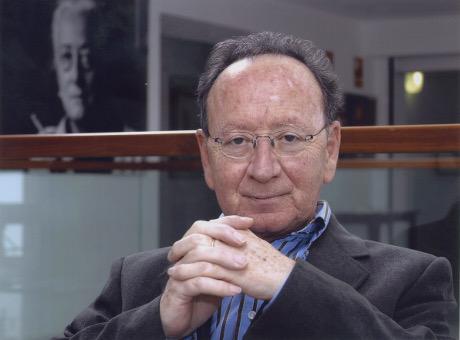 Notable among his essays are the works that are concerned with the situation of the Catalan language and the people of Valencia, for example Crítica de la nació pura (Criticism of the Pure Nation, 1985). This text is an approximation to the concept of the nation from the anthropological perspective and it received the Joan Fuster and the Serra d'Or Critics’ prizes for the essay. Two other noteworthy essays are Sobre la nació dels valencians (On the Nation of the Valencians, 1997), and the historical synthesis Els Borja: família i mite (The Borjas: Family and Myth, 2000). He has also written novels and collections of short stories: Viatge al final del fred (Journey to the End of the Cold, 1984), Els treballs perduts (Lost Labours, 1989), Borja Papa (Borja Pope, 1996), a novel that received the Joan Crexells Prize, the Valencian Writers Critics Prize and the National Prize for Catalan Literature, and Quatre qüestions d'amor (Four Questions of Love, 1998), which was awarded the Inter-university Institute of Valencian Philology Prize. In 2002 he won the Sant Jordi prize with his novel Purgatori (Purgatory), which also received the Critics’ Prize.

Another outstanding area in his work is that of translation, for which he has received several awards. Especially noteworthy are his Catalan versions of Dante Alighieri’s La Divina Comedia (2001), the Four Gospels (2004), and Claude Simon’s Le tramway. He was awarded the Creu de Sant Jordi (Saint George Cross) in 1991 for his civic contribution.