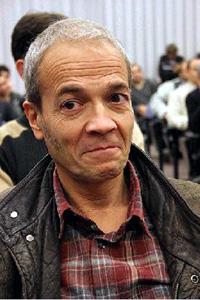 Antoni Munné-Jordà (Barcelona, 1948) is a writer, linguistic corrector and editor of the Serra d'Or review. He studied History of Art at the University of Barcelona but his professional life has been focused on Catalan-language publishing and his passion for literature. However, the world of art has sometimes been the main theme of his novels, for example in Veus de boira des del pont (Misty Voices from the Bridge), which was a finalist for the 1999 Sant Jordi Prize.

In his literary production he has mainly written narrative works, with novels for adults, for example Entre Sant Peters i Sant Pau (Between Saint Peters and Saint Paul, 1999) or Tresgressions (Trigressions 2003), an interesting experiment on the possibility of the "happening" taking off from the printed word. Again, he has been engaged with works of fantasy and science fiction both as a writer with his trilogy of novels La paciència del mar (The Patience of the Sea, 1994), L'única mort (The Only Death, 1999) and Poso el comptaquilòmetres a zero (I've Dropped the Speedometer to Zero, 2008), and with his work in managing a thematic collection for the Pagès publishing house of Lleida. His novel Michelíada (2015) received the Ictineu Prize as the best science fiction novel in Catalan.

He has also written several essays that are concerned with the genre of fantastic literature and different personalities from the history of Catalan literature, for example Manuel de Pedrolo.

His interests include young readers and cultural activities where he has been involved in numerous tasks related with the magazine for which he works and with popularising science fiction in Catalonia through the Catalan Society of Fantasy and Science Fiction.