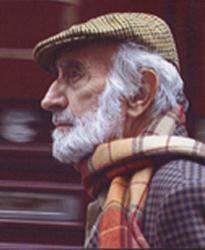 He is considered to be one of the foremost international experts on the work and personality of Picasso. His studies on the artist have been translated into more than ten languages. He played a major role in the recovery of Catalan literature after the Civil War as founder and editor of the review Poesia and also through his work in organising recitals. He has translated works by Rimbaud and Balzac, among others. His poems are collected in the book Poemes de l'alquimista (The Alchemist's Poems), while his prose writings on art and literature have appeared in Quaderns de l'Alquimista (The Alchemist's Notebooks).

Among the prizes he has been awarded are the Creu de Sant Jordi (Saint George Cross, 1989), the Catalan Letters Prize of Honour (1999) and the Serra d'Or Critics' Prize for his Complete Works (2006).

He was an honorary member of the Associació d'Escriptors en Llengua Catalana (AELC, Association of Catalan Language Writers).