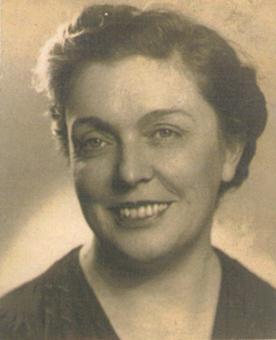 Cèlia Suñol (Barcelona, 1899 - 1986) was a novelist and short story writer. After the stable childhood and adolescent years of her schooling, the deaths of her parents constituted a turning point in her life. In 1921 she contracted tuberculosis and went to Switzerland seeking treatment. There she met Kaj Hansen whom she married in Denmark in 1922. A year later, they returned to Catalonia where their son Antoni was born. However, Hansen's health was very delicate and he died in 1929 at the age of thirty-two. Cèlia Suñol subsequently married Joaquim Figuerola with whom she had a daughter, Rosa, in 1931. In 1932, she joined the Department of Culture of the Generalitat (Government) of Catalonia as a secretary. This was the beginning of a period of some degree of stability and serenity, which was shattered by the Civil War and the post-war period in Spain.

Between 1945 and 1957, she wrote a total of 125 reader's reports for the publisher Joventut. Around this time she also wrote her own novel Primera part (First Part, 1948), which was awarded the Joanot Martorell Prize for the Novel in 1947. In 1950 she published the collection of short stories titled L'home de les fires i altres contes (Man of Fairs and Other Stories).

She lost her sight at the age of sixty-five and died twenty-two years later in 1986. She is buried in Ametlla del Vallès.