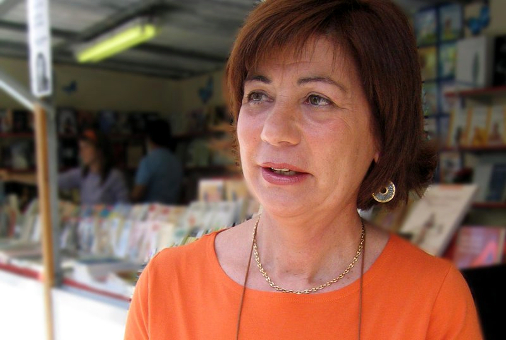 With a degree in Philosophy and Educational Sciences, specialising in language teaching, she is a teacher who has worked in the different stages of education from kindergarten through to university. A follower of the French pedagogue Célestin Freinet, she is involved in movements for educational renovation and works in teacher training as well as being editor of the magazine Espais Didàctics. She has published a great number of educational works, including text books and reading comprehension notebooks. Also notable are her articles on educational matters. Her work has been recognised by the Ministry of Culture of the Generalitat (Government) of Valencia.

With the aim of encouraging learning among young people, she is also a prolific writer of children’s and young people’s fiction, an area where she has published more than a hundred fantasy-filled stories, including texts for the youngest children, like L'abecedari fantàstic (2010) and other stories for children and young readers, some of which—Mei Mei vol ser rei (2005), Lula i les abelles, Les petjades d'Àfrica (2012) and Ximena, Ximenissima (2017)—have received prizes for the best books in these two areas. She has also written poetry for adults and her collection Ai del dolor del buit (1991) was awarded the La Forest d’Arana Prize of Valencia.

In 2018 she received the Fundació Bromera Prize and the AELC's Lletra Lila, in recognition of her trajectory.