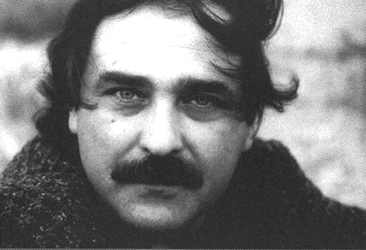 Jaume Pont (Lleida, 1947) is a poet and he teaches Literature at the Estudi General (University) of Lleida. His essays deal mainly with poetry, covering a very wide range of its aspects, from the “postista” (a Madrid-based avant-garde movement of the 1940s) poets through to his studies of new generations of Catalan poets. His anthology La nova poesia catalana (New Catalan Poetry), co-authored with Joaquim Marco, would became the spearhead of his own literary group, the 1980s generation. He has also worked on 19th-century narrative, especially short forms, and he has published several books and studies in this field.

For all his work in literary studies, the most important part of Jaume Pont's work is his poetry. By 1976 he had published his first book Limit(s), which was to be followed by several more volumes of poetry, all of which would be published in 1990 as his Complete Works under the title of Raó d'atzar. Poesia 1974 -1989 (The Rightness of Chance. Poetry 1974 - 1989). With his subsequent collection Vol de cendres (Flight of Ashes), he would achieve one of the most intense poetic works in Catalan literature. In this book, which is dedicated to his deceased father, Pont confronts pain through his poetry, surprising the reader with the profundity of his writing.

In 2000 he published an anthology of apocryphal poets from the Arab period of Lleida, El llibre de la frontera (The Frontier Book), his most recent collection of poems. All of his collections have been awarded a range of prizes, among them the Serra d'Or Critics' Prize (twice) and the Critics' Prize for Catalan Poetry (for the latter title). He has also worked in different publishing initiatives and frequently writes for the press and literary reviews.

He is a member of AELC.