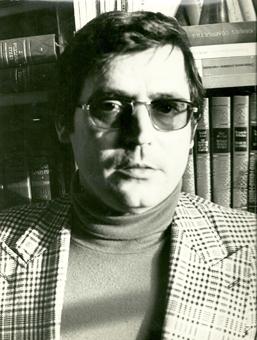 In 1965 he won the City of Palma Prize for the Novel with Les nostres amagades servituds (Our Hidden Servitude) and he also wrote another novel, A l'ombra del fil (In the Shadow of the Thread). As a poet, he published Brot de murta (Myrtle Shoot), Rèquiem per a nou pams de terra (Requiem for Nine Plots of Ground) and Taula per a tots (Table for All). However, his main literary production was for the stage. In 1967 he was awarded the Carlos Lemos Prize for his first play, Foc colgat (Burnt Out Fire), which was premiered in the Aliança del Poble Nou, Barcelona, on 27 April 1968. His second play, titled Jo i l'absent (I and the Absent), won the 1964 Bartomeu Ferrà Prize in the City of Palma Prizes. Siau benvingut (May You Be Welcome), written in 1966 and finalist for the Josep Maria de Sagarra Prize that year, was the first of his plays to be staged. In 1966 he wrote Un baül groc per a Nofre Taylor (A Yellow Trunk for Nofre Taylor) and, in 1967, Massa temps sense piano (Too Long without a Piano).

Another work written in 1967, La tragèdia del tres i no res (Tragedy in the Blink of an Eye) received a Special Mention in the Cabaret Theatre competition organised by the Barcelona venue Cova del Drac that year. In 1970 he received the Ignasi Iglésias Prize for Començament a punt de pesta (Point of Plague Beginning) and, in 1973, he published Dins un gruix de vellut (In a Velvet Thickness). In 1983 Alexandre Ballester received the Born Prize for his L'única mort de Marta Cincinnati (The Only Death of Marta Cincinnati), while in 1985 he wrote Al caire de les campanes (At the Edge of the Bells), winner of the 1987 Teatre Principal de Palma Prize. This work was eventually published in 2000 by El Gall Editor. His work Les llàgrimes del vienès (The Tears of the Man from Vienna) was published in 1995 and awarded the "Serra d'Or" Critics' Prize that year.

The work of Alexandre Ballester, one of the most representative voices in Mallorcan theatre of his day, is always set against a background of criticism of oppression by the powerful and is clearly anti-elitist. In 2005 he received the Balearic Islands Government Ramon Llull Prize and, in 2011, the Josep Ametller Theatre Collection Prize. His last published work was I passen les tempestes (And the Storms Pass).