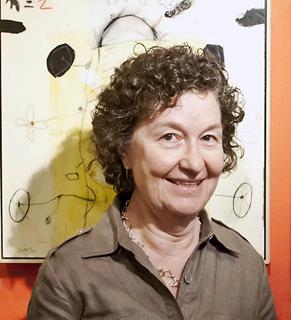 Ramon came with us mid-morning Saturday, but you couldn’t be ready without leaving every last thing done, even though Regina had told you in front of us, before going off to work at the hairdresser's, that they were going to have lunch with her mother, so in the afternoon she'd leave everything as neat as a new pin. Nobody was going to get you out because, when it came to housework, "she wasn't worth a damn". My brother had been agreeable and had noted that Anna was pretty. Regina had welcomed me with a huge hug but kept a certain distance. Seeing your frenetic activity around me, she resumed her orphan's air. Her hurt look told me how she’d tried to be nice and to make life easy. I would have liked to warn her, but I was still striving for the same thing and hadn't yet come to believe that it was impossible. She'd put on weight but her shirt buttons no longer threatened with the promise of mammary mishap. That morning we watched her leaving, her sleeveless smock draped over her right arm, the one with the letters on the top pocket. Her rigid body bore the imprint of an air of offended dignity or reproof. Ramon used to relax when you or she weren't there, and even stopped smoking.

We moved into your village at midday, into the house on the corner of the square. You, me, Anna and the boy. But first, at the foot of the stairs, you'd started to cry.

Johnny had reminded you of that little brother who'd stayed behind when they evacuated you and auntie with your godmother. The child had leapt from the car like a bird, hung his thin body over the stair rail and gazed at us. In a small watery voice you told us what had happened. A neighbour had exclaimed to the soldiers that the poor scrawny little kid was sick and the old woman could look after him. With both of them saved from leaving, Uncle Tomàs then being more or less Johnny's age, no one had dared to rob the corn bins or nick the chickens because, whatever there was, it was inside the house. Thanks to him, you'd eaten on returning from Aragon. You'd hardly ever said a word to me about that compassionate neighbour.

She'd walked past, just after Ramon had waved goodbye and walked around the taxi to leave the square and village, while I had my arms full of bunches of dahlias and gladioli that Rosalia had cut in the garden that very morning so the church would look beautiful for the ceremony.

It was cloudless, that day before the wedding, in her village, and a current of happiness ran among the four of us. We cleaned the house, from the bedrooms to the last stair, and even the windows. You improvised a simple, delicious lunch, Anna's cheeks glowed with colour and she looked prettier than ever, and the child, under your gaze, finished everything on his plate.

We went down to the river and you showed us the leased fields, all the beauty of the still-green mountain and the water-flowing land, talking about your times of flowers and fluffy clouds. My friend, who was used to fluttery women, found you even more fascinating than the scenery and captured all the energy the place gave off. Johnny and I preferred to keep out of the conversation and walked ahead of you and Anna as I tried in vain not to hear the words I'd listened to so many times before. Suddenly your voice went hoarse, a dark fog in the summer sky. You were saying how most families had turned their backs on you after they'd killed your godfather and, once again, you began to howl, like a sudden downpour. Johnny turned his dark gaze on you. Someone must have told him that only little children cry. Anna took your hand in hers and you calmed down quickly, the rainstorm over. Once again, I deceived myself. It seemed possible that I could learn to soothe your pain like that.

It was almost nightfall on the eve of that first Sunday of July, 1970. It was still fragrant with the fruits of the scythe and ash tree leaves, refreshed by the icy stream over the drinking trough in the square, the mute houses now behind us and, one more summer, the musicians' platform would remain in silence, the families dispersed around the cities, whether they had inherited the names of the anointed or the poor. It was a long time since there’d been boys or girls for hire, not even casual workers for the harvest, or women to make sausages after the pig-kill. Behind the thick walls of the Melis, Tora and Pla houses, a few old people held out against the summer heat: autumn, winter and spring it was next to the open fireplace.

You began to cook while Anna and I busied ourselves with secondary tasks: wiping down plates, glasses and cutlery, setting the table, beating egg whites for the cake, all the work that could be done a day ahead.

It was at the church, the two of us arranging the flowers with Johnny helping us, that I talked to her about father, how wonderful he was and the stupid way we'd lost him.

"Now you're idealising him", she said.

It was cold in there and the light given out by the bulbs was very faint. We went outside and the brightness and the sun were excessive, as they were all those fiery summers. After my well-intentioned words, and so that nostalgia for my father wouldn't spoil the fun, the silence was fine by me. Swift images of bygone annual festivals came to me: all the raised voices at the long table in the shadowy dining room, the laughter and, all of a sudden, your weeping. I saw myself, very small and happy, so pleased with myself in those pale-coloured dresses ballooning out with the cancan, swirling like a butterfly from one pair of arms to another. Later in short pants with a bib, now the same size as Johnny, wanting to be like Ramon so you'd give me freer rein. Finally, the adolescent, all over the place, steering clear of the adults and, above all, your power. And the final Annual Festival, Regina's and Ramon's, and Conrad's, the boy from the enemy family who'd become my swain. It gave me a good bitter tingle to think about the power of the thrill of opposing you. It was a while now that Anna's eyes, without any kind of licence at all, had been asking me how I could have silently absented myself from your life.