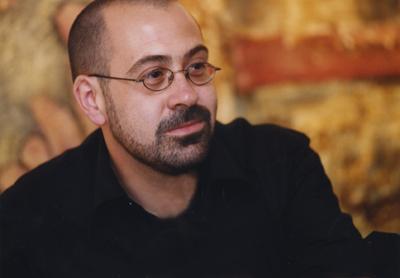 With a degree in History from the University of Tarragona and another in Philosophy from the University of Barcelona, he studied for a doctoral degree in the Philosophy and Gender Seminar at the University of Barcelona. His two main interests and focal points of his studies were women poets and philosophers and Judaism and Jewish Culture. With Fina Birulés as his dissertation director, he wrote about the thinker Simone Weil and has become a specialist in her work. He subsequently completed studies on Sarah Kofman, Hannah Arendt, Ingeborg Bachmann, and Catalan writers such as Maria-Mercè Marçal and Helena Valentí. He was editor of La dona errant (The Errant Woman, 2009) a book dealing with the work of the latter and wrote the study that appears as the Epilogue.

He published regular columns in the newspaper Avui and the reviews Serra d'Or, Caràcters, Aiguadolç, L'Espill, El Contemporani and Anthropos. Notable, too, is the collection of essays on masculinity, jointly written with J. A. Fernández and titled Calçaces, gallines i maricons (Henpecked Husbands, Chickens and Queers). In 2008 he published a booklet of poems Remor de veus (Murmur of Voices), the second part of which was published in Number 92 of the review Reduccions.

Along with Ivan Favà, he directed the review Rels (2002-2009), which was mainly concerned with modern thought and literature. Besides being the organiser of the cycle Poesia i copes (Poetry and Drinks), Adrià Chavarria was also a board member of the Associació d'Escriptors en Llengua Catalana (Association of Catalan Language Writers from 2003 to 2009.