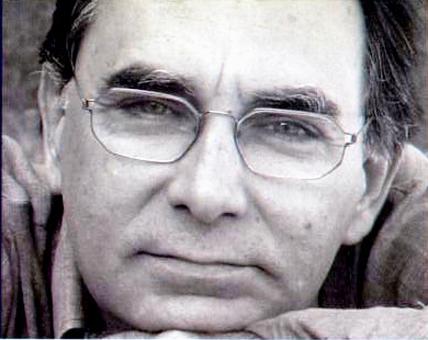 From One World to the Other

Then suddenly something happened. My memory of it is vague, black and white, full of noises and movements that never quite fit together. Just like my father used to say, it really did seem we'd never be able to hold our heads up high, as if since the war had ended, all we ever got was tragedy. This bastard bad luck had grabbed us by the throat, he'd say, forever biting, savaging us. We could count our blessings, my mother said later, that we’d never been through anything like this ourselves…

At home one night, we too got a violent knock on the door. We heard a voice shouting for my father: it was Uncle Pere, and my parents rushed to undo the bolt. I sat up in bed and could hear them perfectly, and despite all the confusion I realised that we had been hit once again by the same tidal wave that had struck us before. I felt completely paralysed. Absolute helplessness that prevented me from getting up, or thinking, or reacting in any way at all. I'd never heard Uncle Pere talk like this before either, beside himself, unnerved, deeply serious. He and his wry, sardonic detachment…

I'm not sure how I know this, because I was in my bed, but I'm sure my uncle was smacking his hands against his forehead. I'd seen him do this before when things got too much for him: he'd open up his hands and smack the palms against his forehead. Aunt Neli would tell him he was crazy and his brains would burst, but he never took any notice and kept smacking his forehead until it was really red… Well, I think that's what he did that night. I pictured him hitting himself like that, screaming that Esteve'd been killed in the car, and my father colourless, as he always went when he got scared, my mother with her hands to her mouth, saying nothing.

Then, I'm not sure how, they told me to get dressed, that my uncle had had an accident, and in the middle of the night we went out onto the street.

The streets were empty, black, calm. There were no cars about, and the four of us started walking quickly towards Uncle Pere's house. My father's face was entirely white. My mother had put on a skirt that I thought was longer than usual. I was wearing a light shirt and dark trousers. There was no light at the windows of the houses. There was a small moon, and only a few stars.

"Young Esther's gone to look for a taxi," my uncle said as we walked.

"Is it going to take us to Castelldefels?" asked my mother a little later.

"I suppose so…" my uncle replied.

It was strange making our way through this peace in the streets, crushed by the tragedy. Maybe I hadn't fully realised exactly what was happening, but I felt that somehow death was ferociously hunting us down. Besides that, wherever you looked, everything was ugly, sordid and lightless. Daniel's father in prison, Perico's bad leg, those corpses in the hospital, the filth in the house where César lived, the sickly look in Miquel's face all the time because he went to Mass so much, Joanet's problems, people who'd lost relatives in the war… And now Uncle Esteve's been killed in the car, I said to myself… I wondered what it meant, that he'd been killed in the car. Where had all this happened? How had Uncle Pere got to hear about it? I knew that all these questions had simple answers, but I felt I didn't have it in me to come up with them. I remember very clearly thinking that living was like being in a boat and rowing against the tide. A violent river of black water dragging us one way and us struggling against it. There were moments of calm, not many, but there were some. Sometimes everything was full, sometimes everything was empty. I remembered eating bitter fruit that I'd had to spit out, and then a bunch of cherries as dark as blood and sweet as honey. I felt a great weight in my eyes, of sleep most probably, as I thought these things, and when we got to my uncle’s house it was heavier than ever. I remembered the student in that book César had told us about. His predicament was very difficult. Deep down, he felt guilty because other people made him feel guilty by regarding his crime as punishable. The student was really feeling the weight of society rather than his own remorse… Anyway, as we walked along, this was the sort of thing I thought about. Guilt, difficulties, weariness, indifference… The truth is I felt no urge to cry, not in the slightest; I simply felt weariness and sadness.

When we got to the corner where my uncle lived, we saw my cousin Esther, who suddenly put her arm up. Just beyond there was a big taxi with its doors open. The driver had got out and was standing there waiting, talking to the local watchman. Also suddenly, as if they'd been told to, out of the doorway came Aunt Neli and my cousin Lola. They seemed to be hurrying out, rather like shadows, but maybe I was imagining that. It also seemed that there was a group of them, but in fact it was just the two. I don't remember any sound, or any voice disturbing the silence in the street except Esther, who gave me a kiss on the cheek when she saw me, and murmured "Hello."

The watchman opened out the taxi’s folding seats, and bit by bit, procession-like, we all got in. Uncle Pere was in the front beside the driver. My father and Aunt Neli sat in the dickey seats and my mother and us kids, Esther, Lola and I, settled into the back seat. I felt I could see the taxi drive away. In other words, the watchman was left standing there in the middle of the street, hat on head, and it seemed that I was looking at the taxi going off in exactly the way he was: a single point of colour fading away in the night.

I'd never been in a taxi for such a long time, and never on the open road. But first we went through sleeping streets. I saw a man walking close up by a wall. I also saw the taxi from that man's point of view. It could only be bad news, a taxi full of people at that time of night… My father lit a cigarette. He filled his lungs with smoke and expelled it slowly. He and I caught each other's eye momentarily, without speaking. I will always remember the clear look in his eyes that night. My mother squeezed herself into the corner to give us more room. Aunt Neli, twisting herself round, looked out the front.

"Lucky we found you, isn't it?" said my aunt to the driver.

"Shame about why though…" he replied.

"You're telling me…" my aunt answered.

Out on the open road the car started going faster and it felt like we were being sucked into a gorge of blackness. My uncle and the driver spoke for a moment. My uncle said that when we got to Castelldefels he would give directions.

Then the driver lit a cigarette.

"Are we nearly there?" asked Lola sleepily after a while.

"Any minute now," said my aunt.

We were all a little calmer. I may have fallen asleep. I had a sense of vertigo, on the edge of a bottomless void. When we got to my aunt’s house we found out that my uncle had been out to eat with a friend of his. On the way home, nearly there, he lost control of the vehicle and it went over the edge of a sharp drop and smashed into a tree. The man he was with was able to get out of the car, and went back up to the road to call for help. He only had a few cuts on his face and hands, but my uncle’s chest was impaled on the steering wheel and he died there and then, and there was nothing anyone could do.

Translated from catalan by Richard Thomson ©.